The ‘invisible risk’ of heatwaves in the United Kingdom 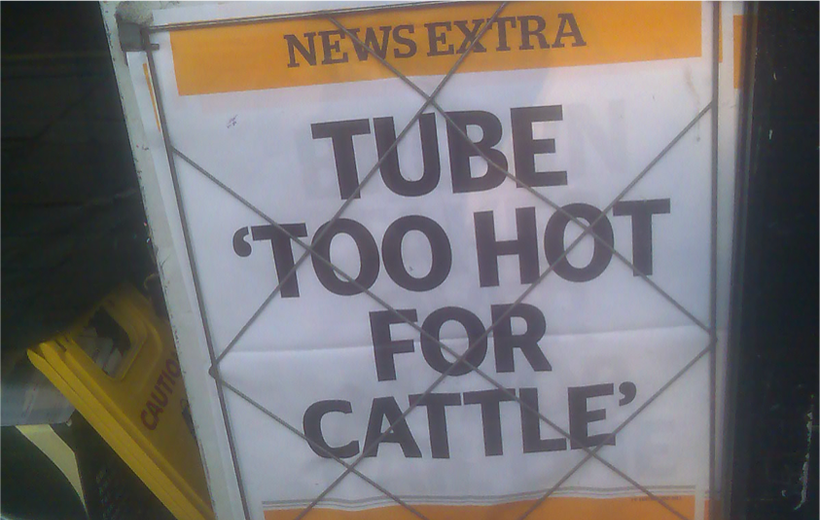 According to a review study of tens of scientific publications on UK heat risk policy, the UK is unprepared for the increasing risk of heatwaves. This study concludes that heatwave risk is ‘narrowly defined as one concerned with public health alone’, whereas heatwaves affect other sectors as well, including transport, digital systems and water supply. The authors of this study call this ‘silo thinking’. By largely ignoring other at-risk sectors, UK policy and research on heatwaves have turned the risk of heatwaves into an ‘invisible risk’, and have led to a lack of urgency of policy action.

They illustrate this by comparing excess deaths attributed to the UK’s 2019 heatwaves with the number of deaths ascribed to floods in the same year. In 2019, a heatwave broke the UK’s highest ever-recorded temperature of 38.7 °C set in 2003. 892 people died as a result of the 2019 heatwaves, 11 people died due to floods in the same year. The attention in media and policy is tiny for heatwaves in comparison to flood risk, however.

The authors also stress that ‘nearly all the studies focus on England, with Scotland and Wales receiving only a small amount of attention and Northern Ireland ignored altogether.’ England, they conclude, is the only region of the UK that has a heatwave plan, and it focuses only on health.