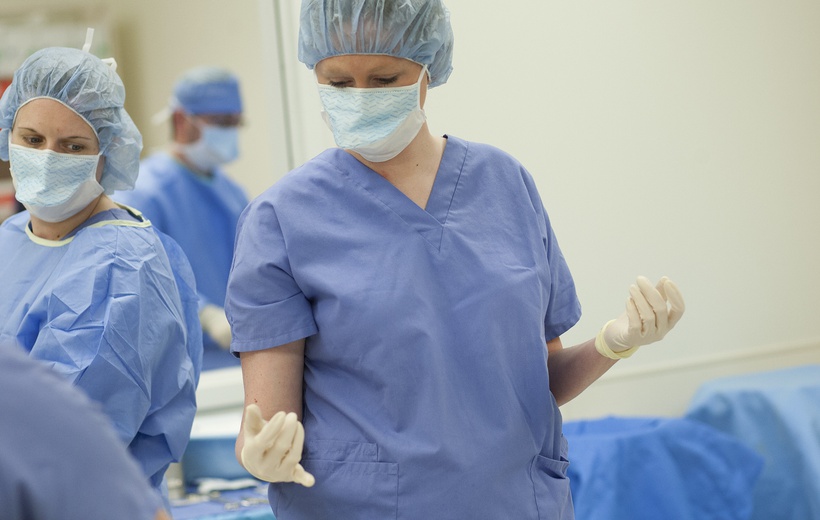 The Lancet Countdown on health and climate change monitors global developments on health adaptation to climate change. 35 academic institutions and UN agencies from every continent are involved in this initiative. The latest report of November 2019 presents the situation in 2018. The main results are summarized below.

The vulnerability to heat extremes continues to rise among older populations in every region of the world. Overall, Europe remains the most vulnerable region to heat exposure, due to its ageing population, high rates of urbanization, and high prevalence of cardiovascular and respiratory diseases, and diabetes. From 1990 to 2018, populations in every world region have become more vulnerable to heat and heat waves, with Europe and the Eastern Mediterranean remaining the most vulnerable.

Extreme heat is generally much higher in cities than in the surrounding rural landscape. Climate change contributes much more to heat-related health impacts in cities than one would expect from global average temperature rise. Human populations are concentrated in the areas most exposed to warming. From the 1986-2005 baseline to 2018, city dwellers have experienced a mean summer temperature change that is four times higher than the global average.

Older people are exposed to heat waves more often. Globally, for people aged 65 years or older, over 220 million additional exposures to heat waves have occurred in 2018, compared with 1986-2005. The increase was highest in India and across northeast Asia. 31 million of these additional exposures were in the EU. Data since 1990 show no statistically significant global trend in the number of people affected by heat waves, extreme temperature, and drought-­related disasters, however.

Globally, in 77% of the countries the population experienced an increase in their exposure to wildfires from the period 2001-2014 to 2015-2018. The health effects of wildfires range from direct thermal injuries and death, to the exacerbation of acute and chronic respiratory symptoms due to exposure to wildfire smoke.

Since 2000, the number of precipitation extremes, resulting in flood and drought, has increased in especially South America and South-East Asia. Floods are particularly problematic for health, resulting in direct injuries and death, the spread of vector-borne and water­-borne diseases, and mental health issues.

Since 1990, the number of flood-related and storm-related disasters has increased in Africa, Asia, and the Americas. This has not led to an increase in the number of people affected by these disasters, however. This could be due to improved disaster preparedness (including improved early warning systems) as well as increased investments in health­-care services.

Global health trends in climate-sensitive diseases from 1990 to 2017 show an improvement, except for dengue fever. Socioeconomic development, improved access to health care, and major global health initiatives in sanitation and hygiene, and vector control, have all contributed to these improvements in health outcomes. Mortality from dengue fever continues to rise, particularly in South-East Asia.

Globally, crop yield potential for maize, winter wheat, and soybean has reduced in concert with increases in temperature. Research has shown global yield reductions of the four key crops maize, wheat, rice, and soybean respectively by 6%, 3.2%, 7.4%, and 3.1%, globally for each 1°C increase in global mean temperature. However, improvements in nutrient and water management, as well as expansion of agricultural areas in lower income countries are currently increasing global food production. Still, the number of undernourished people worldwide appears to have been increasing since 2014, driven by challenges to access, availability, and affordability of food.

Revenue fisheries and aquaculture under pressure

Fish provide almost 20% of animal protein intake to 3.2 billion people, with a greater reliance on fish sources of protein in low-income and middle-income countries. Climate change threatens fisheries and aquaculture in a number of ways, including through sea surface temperature rise, change in intensity, frequency, and seasonality of extreme events, sea-level rise, and ocean acidification.

Notably, the world is beginning to adapt. Most countries are aware of the need to adapt their health sector to climate change, and development planning is underway. In 2018, half of the 101 countries surveyed for the Lancet Countdown declared that a national health and climate change plan was in place. However, only about 20% of the surveyed countries have allocated resources to take actions to address most of their key priorities. In addition to these countries, also 489 cities participated in the survey. In 2018, 54% of them expected climate change to seriously compromise their public health infrastructure, with 69% of them actively developing or having completed a comprehensive climate change risk or vulnerability assessment.

Use of air conditioning as an adaptation measure is a double-edged sword: on the one hand, global air conditioning use in 2016 was estimated to reduce heat wave related mortality by 23% compared with the complete absence of air conditioning; on the other hand, it also contributes to climate change, worsens air pollution, adds to peak electricity demand on hot days, and enhances the urban heat island effect. Between 2000 and 2016, the global number of air conditioning units (residential and commercial) more than doubled to 1.62 billion units and the proportion of households with air conditioning increased from 21% to about 30%. In the EU this proportion was 14% in 2016.

In 2016, air conditioning accounted for 10% of global electricity consumption and 18.5% of electricity used in buildings. These figures are projected to increase to 16% and 30% in 2050, respectively.

The world is becoming increasingly urbanized, with almost 70% urbanization of the global population expected by 2050. Many cities have become hot spots of air pollution. 83% of the cities exceed the WHO’s recommended safe concentrations for fine particulate matter. The highest measured concentrations currently have been reported in south and east Asia. A positive exception to this trend is China, where many highly polluted cities have improved air quality because of their ambitious emission control efforts. Cities in Europe and the USA have seen slowly decreasing concentrations of fine particulate matter with effective implementation of air pollution control legislation and regulation.

In 2016 there were 2.9 million premature deaths globally that were associated with high concentrations of fine particulate matter. The situation has improved slightly in the European region.