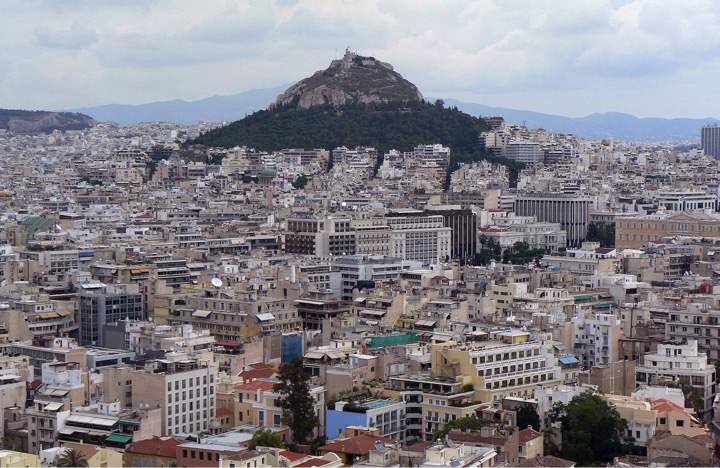 Heat stress in the summer is increasing in many European cities. Most vulnerable are the cities of the eastern Mediterranean, such as Athens.

Heat stress is not determined by air temperature only. Other parameters, like humidity, wind speed and insolation, also determine how we experience a hot day. These parameters can be combined into heat stress indices that, better than temperature alone, reflect thermal comfort. For the city of Athens, the trends of 4 commonly used heat stress indices have been quantified for the period 1960 - 2017 on an hourly basis.

Two of these indices are simple two-parameter indices, based on a combination of air temperature and humidity: the Heat Index (HI) and the Humidex (HD). These indices are being used by the US National Weather Service and the Environment Canada Service, respectively. The other two indices reflect the physiological response of the human body to the actual weather conditions: the Universal Thermal Climate Index (UTCI) and the Physiologically Equivalent Temperature (PET).

The results show that the population of Athens is exposed to a significant, increasing risk of heat stress since the 1960s, which is maximized in the last two decades. This increase, expressed in the additional time per year that the inhabitants of Athens are exposed to conditions of extreme heat stress, varies from 0.3%/decade to 0.9%/decade, depending on the index. Despite this statistically significant trend over the entire study period, a decline is observed during the last decade.

Also during the nighttime hours, when the human body should cool down, the population is exposed to significantly higher heat stress levels in recent decades compared to the past ones. In fact, the time people are exposed to high heat stress has increased at a faster rate for nighttime than for daytime conditions.

High heat stress both earlier and later in the year