Heat waves: the number one natural hazard – an update 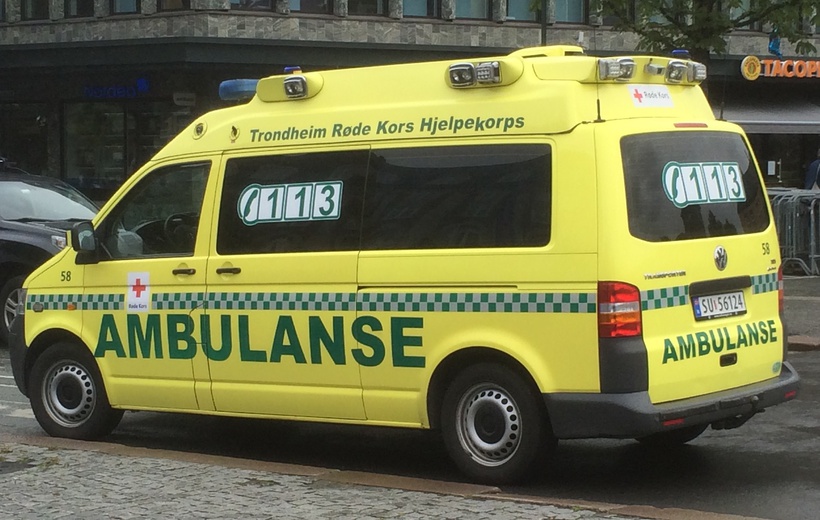 ‘Red-hot planet: All-time heat records have been set all over the world during the past week’, according to an article published in The Washington Post this week. The right time for us to present an update of an overview on heat-related mortality posted on the ClimateChangePost in 2016. We included the results of scientific studies published in the last two years.

The number of hot weather-related deaths in Europe may strongly increase this century. According to research, 3°C global warming at the end of this century may lead to 86,000 extra deaths per year for all countries of the European Union combined. Another study shows there may be 50 times more weather-related deaths in 2100, unless we take action. This strong increase is mostly related to heat waves.

The seven most lethal weather-related extreme events in Europe are heat waves, cold waves, droughts, wildfires, river and coastal floods, and windstorms. Two-thirds of the European population may be exposed to weather-related disasters annually by the year 2100, compared with 5% in previous decades. The number of extreme weather-related deaths is expected to increase by roughly 50 times between now and the end of this century, according to a recent study. Population change accounts for 10% of this increase, whereas climate change accounts for the remaining 90%.

Among these disasters, heat waves are the most lethal, accounting for 99% of the total future disaster-related mortality. In previous decades, about 2700 heat-related fatalities were reported annually in Europe. Mortalities due to heat waves are expected to increase by 5400% in Europe in 2100, if human vulnerability stays the same between now and 2100, and no additional measures are taken to enhance human capacity to cope with future extreme climate conditions. Urbanization and urban heat island effects will augment the effects of heat waves.

Another study shows that for all countries of the European Union combined, 3°C global warming in 2071 - 2100 relative to 1961 - 1990 may lead to 86,000 extra deaths per year. Increasing numbers of elderly will increase the proportion of the population at risk.

Heat waves combined with urban heat islands can result in large death tolls with the elderly, the unwell, the socially isolated, and outdoor workers being especially vulnerable. Consequently, population ageing in Europe, which emerges as a major demographic trend for the coming decades, could further increase the effect on human beings of weather-related hazards. Conversely, expected advances in technology and economic growth will have an opposite tendency to reduce vulnerability through improved adaptation measures. The net effect of these socioeconomic processes remains uncertain.

A ‘slight forward displacement of death’

Research has revealed that part of the excess mortality during heat waves must be viewed as ‘only a slight forward displacement of death’. As a result of this forward displacement, a temporary fall in mortality is often observed in the weeks following a heat wave. The other part could be viewed as excess mortality with substantial loss in life years. Calculations for the Netherlands have demonstrated that the increased air pollution (ozone, particulate matter) during heat waves is responsible for about 25-40% of the registered ‘heat wave mortalities’.

Heat and humidity, a dangerous combination

Exposure to extreme hot and humid conditions will rapidly increase throughout the 21st century. By 2080 the relative frequency of these present-day extreme events could rise by a factor of 100-250 in the tropics and parts of the mid-latitudes, areas that are projected to contain approximately half the world’s population. In addition, population exposure to extreme conditions that exceed recent deadly heat waves may increase by a factor of five to ten.

In August 2003, a large part of Europe was hit by a severe heat wave, with catastrophic health consequences. Especially in France the death toll was extremely high. Unusually high temperatures led to an excess of almost 15,000 deaths in France, between August 4 and 18. The greatest increase in mortality was due to causes directly attributable to heat: dehydration, hyperthermia, heat stroke. In addition to age and gender, combinatorial factors included pre-existing disease, medication, urban residence, isolation, poverty, and, probably, air pollution (ozone). For the whole of summer 2003, the number of heat related deaths in Western Europe is believed to amount to over 44,000.

The summer heat wave experienced in 2003 is likely to become a normal event by the 2040s and considered cool by the 2060s.

Populations do, however, adapt to continued higher temperatures through behavioural change and autonomous physiological change. For this reason, populations are most often vulnerable to unusually hot or cold weather, relative to what they are acclimatized to, rather than hot or cold per se. The optimum temperature from a health perspective, i.e. the lowest number of deaths, is different in different parts of the world.

In Finland, the optimum temperature has been calculated at 14°C, in London around 20°C and in Athens around 25°C. Clearly, citizens in Athens suffer more from a particular cold weather spell than citizens in Stockholm. On the other hand, the Stockholm citizens are more affected by a heat wave than those in Athens.

Despite the fact that the citizens of Northern Europe are more vulnerable to a specific heat wave than the citizens of the south, the citizens of Southern Europe will suffer the most from the heat in the future. After all, the intensity and number of hot days increases strongest in the south. Future effects show a prominent latitudinal gradient, increasing towards Southern Europe, where the premature mortality rate due to weather extremes could become the greatest environmental risk factor: for Southern Europe at the end of this century about 700 annual fatalities per million inhabitants due to heat waves have been projected versus 11 under current conditions.

Currently, some regions with highest risk of extreme hot and humid weather, Northeast India, East China, West Africa, and the Southeast US, are some of the world’s most densely populated. In India and West Africa population density is expected to rise dramatically over the 21st century. In these risky regions, the number of people exposed to extreme heat will not only increase due to population growth combined with climate change: the continued urbanization will make things even worse. Due to the urban heat island effect (cities are generally several degrees warmer than their surrounding non-urban areas) more people will be exposed to extreme heat.

In Europe, highly populated urban areas will experience significantly more hot days and tropical nights already in the next decades. At some locations in Central Europe, for instance, the number of hot days is expected to increase by over 70% in 2050 compared to previous decades. The number of tropical nights shows a similar pattern since ‘hot days’ regions cannot significantly cool down and high temperatures remain throughout the night.

It pays off to adapt

The results of a number of studies summarized above are generally based on the assumption that human vulnerability to hot weather remains constant throughout this century. One may expect people to adapt, however, and become less vulnerable because of advances in medical technology, air conditioning, and thermal insulation in houses. Therefore, the results could be overestimated. Still, important trends are highlighted. Global warming, demographic changes, and urban expansion could result in rapidly rising effects of weather-related hazards on human beings in Europe if no stringent climate mitigation and disaster risk reduction activities are implemented.

The situation in the Czech Republic illustrates how adaptation can reduce vulnerability. In Europe, most summer heat waves over the period since 1986 were associated with significantly elevated mortality. Excess mortality was particularly high during the hot summer of 2003, in many countries in Central and Western Europe. Not in the Czech Republic, however: in this country mortality due to the 2003 heat waves was less than during previous heat waves in the 1990s. This is partly due to positive health-care and other socio-economic changes in the post-communist central European region over the past decade, as well as a better public awareness of heat-related risks due to enhanced media coverage and regular biometeorological forecast and warnings.

In addition to improving health care and communication, measures can be taken in cities with respect to both buildings and public space. So-called blue and green infrastructure measures, including more open water and vegetation, can reduce the urban heat island effect. Several European cities are already taking these kinds of measures to ‘beat the heat’.