Heat waves and their effect on human mortality in Europe 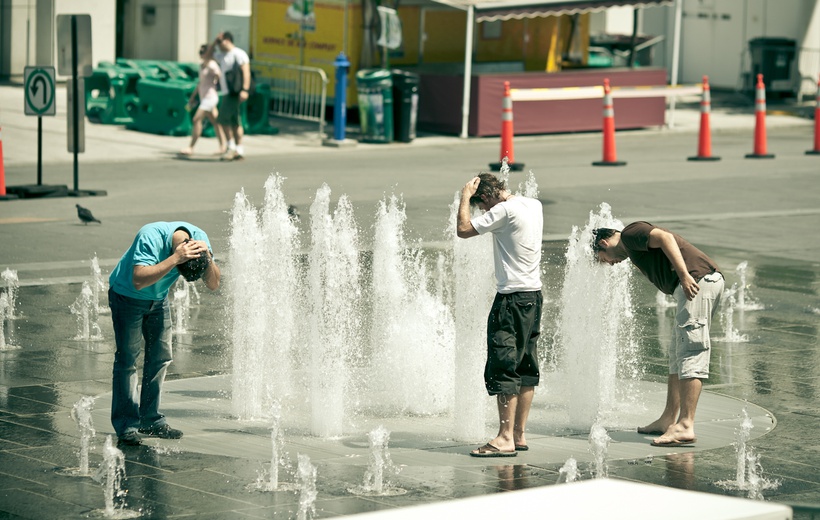 Cooling down during a heat wave in the city (photo: Nicolas Longchamps, www.flickr.com)

When it comes to the design of effective climate change adaptation measures, it is key to estimate the impact of heat waves on human mortality. The usual approach to do this is to rely on detailed health data from hospital records. These data are often not available in sufficient detail and over a long period for many countries. There is a different approach to quantify this impact, however, where hospital records are no longer needed. In this approach excess mortality is estimated for a certain country, and then regressed against a heat wave measure. The effect of heat waves on mortality is superimposed on the other factors that affect mortality. As a result, it is possible to differentiate the effects of heat waves from the other causes of human mortality. Monthly mortality rates on a country level are sufficient to obtain reasonable estimates.

This new approach was carried out for 27 European countries for the period 1951-1980. The analysis demonstrates that many European countries are severely affected by heat waves. On average, around 28,000 people die every year in the 27 countries combined due to heat waves. An average of 0.61% of all mortality in the examined 27 countries is excess mortality caused by heat waves. This estimate goes up to 1.14% in the worst affected country, Portugal. Heat-related excess mortality may rise in the near future due to climate change.

The effect of heat waves on human mortality varies significantly across countries, according to the results of this study. Some countries such as Spain and Greece suffer from higher mortality during individual high temperature events than other countries such as Germany or Switzerland. One reason for this is that the examined countries differ significantly with respect to the age structure of their population, their health care system, as well as their economic and institutional capabilities. Countries in Scandinavia are least affected in terms of total deaths.