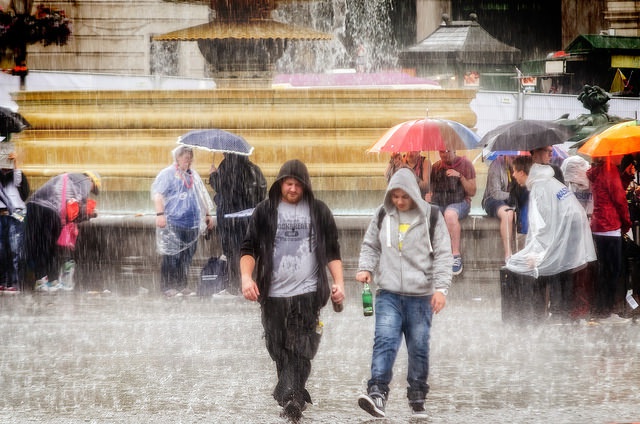 Already in the next decades highly populated urban areas in Central Europe will experience significantly more hot days, tropical nights, and extreme precipitation events. This was shown for an area covering the east of France, Germany, Austria, Czech Republic, Slovenia, and the north of Italy. The study was based on high-resolution climate simulations and a scenario of moderate climate change for the period 2021-2050, compared to a reference period 1971-2000.

The results show that the number of hot days (daily maximum temperatures > 30°C) will increase particularly in the western part of central Europe, affecting cities like Paris, Stuttgart and Hamburg. At some locations, the number of hot days is to increase by over 70%. The number of tropical nights (daily minimum temperature > 20°C) shows a similar pattern since ‘hot days’ regions cannot significantly cool down and high temperatures remain throughout the night. The relative increase of the number of tropical nights shows a clear trend from west to east, ranging from roughly 70% for Hamburg and 40% for Paris, down to less than 10% in the vicinity of Vienna. Also the increase in the number of heat waves is higher in the western part (with cities like Paris and Zurich) than in the eastern part.

In Europe heavy precipitation events, with daily accumulated precipitation > 20 mm, are most likely in the summer (June, July and August). For Central and Northwestern Europe the relative increase in the number of days with heavy precipitation in these months is largest in northern Germany, Belgium and the Netherlands (> 30%).