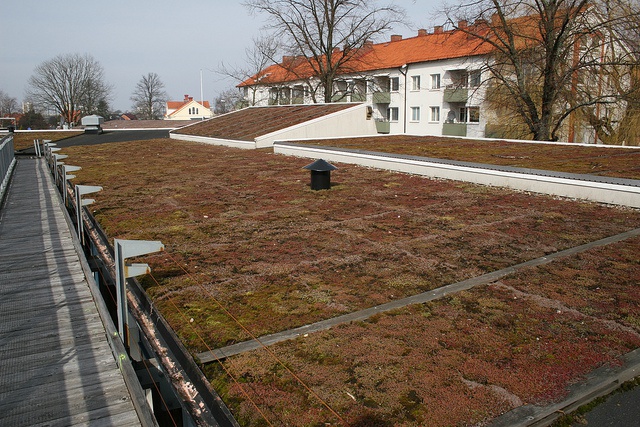 Based on a presentation by Birgit Georgi (European Environment Agency) at the 4th Nordic Conference on Climate Change Adaptation in Bergen, Norway, August 2016.

Heat waves combined with urban heat islands can result in large death tolls. Extremely high temperatures in August 2003, for instance, led to an excess of 15,000 deaths in France alone, most of them elderly. In 2011 a cloudburst hit Copenhagen; total insurance claims exceeded 800 million euros. In 2002 large-scale river flooding in the Czech Republic and Germany led to many fatalities and billions of Euros of damage. The cities of Prague and Dresden were hit particularly bad. During a similar flood in 2013 these cities suffered far less damage, thanks to flood protection measures taken since 2002. Clearly, cities are particularly vulnerable to the consequences of climate change. The European Environment Agency provides knowledge to help them adapt. In 2016 they published their latest report ‘Urban adaptation to climate change in Europe 2016. Transforming cities in a changing climate’ (click here to download this report).

Three approaches for cities to adapt

According to Birgit Georgi, one of the authors of this report, there are 3 approaches for cities to adapt to climate change. First, they can just respond to the damages during and after an event with emergency services and by rebuilding houses and infrastructure. This is basically coping with hazards. Second, they can take measures to avoid future damage and casualties if a similar event recurs by building and improving conventional protection measures such as stronger dykes or better air conditioning. This approach is about taking actions with future climate change in mind, thus working on a more permanent solution to ‘climate proof the urban environment’. The third one is, what Birgit calls, ‘transformative adaptation’: changing the way we build our cities or organize our lives in view of climate change. ‘Examples of the latter are floating houses in flood prone areas and green roofs to cool buildings and delay storm discharge to avoid urban flooding. Transformative adaptation means finding a completely different strategy to deal with the consequences of climate change,’ Birgit adds.

For cities the changing climate has many facets. It’s about dealing with heat stress and vector-born diseases, a new design of urban drainage, findings ways to live with floods, secure water for times of droughts, and a lot more, intertwined with other environmental and socio-economic factors. Birgit: ‘The consequences of climate change are systemic challenges that require systemic solutions. These solutions may be one of the 3 approaches or a combination, as long as we don’t get ‘locked-in’ into solutions that may no longer be effective in the future’, Birgit stresses.

The EEA report sheds light on 5 key areas for cities to address to make urban adaptation a success. Effective governance is one of them. ‘Thanks to national support almost all municipalities in Denmark have an adaptation plan. This is remarkable’, Birgit clarifies. Number 2 and 3 are sufficient knowledge and awareness, and knowledge brokers to communicate the right knowledge to authorities. Number 4 is economics. Birgit: ‘This is not just about finding money for investments. It’s also about finding ways to keep the costs for measures and strategies manageable in the long run.’ The last one is monitoring, reporting and evaluating these measures and strategies. Cities like Helsinki and Rotterdam have already taken first steps.

Are we on track?

Are European cities on track? Not yet! Cities do adapt but not all actions are sufficiently effective in the long run. According to Birgit cities should see the need to adapt as an opportunity. ‘A new urban design in view of climate change can make cities more attractive and then becomes an investment into a better future. Besides, it’s wise to combine climate change adaptation, a long-term investment, with short-term benefits’, she concludes.