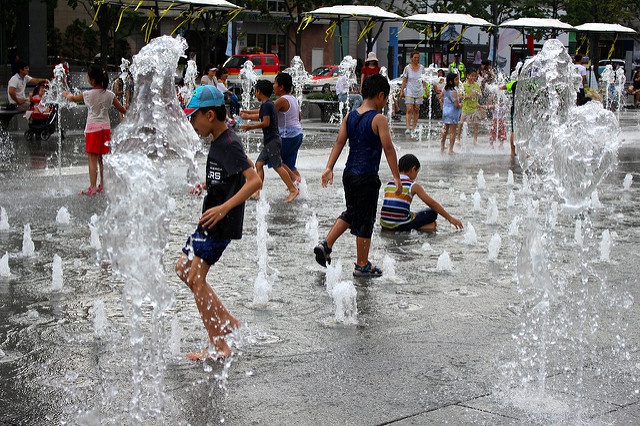 What do we know so far

What do we know so far about these health impacts under climate change? The following can be concluded from scientific sources over the last years.

The increase in intensity of heat waves in combination with high tropospheric ozone concentrations represents the greatest direct risk that climate change poses to people’s health in Europe. According to research, 3°C global warming at the end of this century may lead to 86,000 extra deaths per year for all countries of the European Union combined.

Floods are the most common natural disaster in Europe. Climate change may strongly increase the annual damage and number of people exposed to coastal, river or flash floods. Several floods in Europe over the last years have shown that the health impacts of floods may be complex and far-reaching.

The impact of climate change on foodborne parasites is complicated. In many European countries the impact will not be very large, however, due to the high standards of hygiene.

The changing climate may turn large parts of Europe into a suitable home for malarial mosquitoes in the second half of this century. It is highly unlikely, however, that climate change results in a large-scale malaria epidemic. The health infrastructure is just too good for that.

Disease-transmitting ticks are expanding northward in Europe, consistent with observed warming trends. There is no scientific evidence so far, however, of any associated changes in the distribution of human cases of tick-borne diseases.

It is not very likely that climate change will greatly increase diseases related to water quality. Pollutants such as toxic algae and pathogens already cause diseases and will continue to do so under climate change.

50% of the deaths as a result of the European summer heat wave of 2003 may be associated with ozone exposure rather than the heat itself, research has shown. High levels of ozone and fine particulate matter increase the number of premature deaths. The extra impact of climate change on this effect may be relatively small. There are risk zones in Europe, however: the Eastern Mediterranean and industrialized regions in Europe.