How hazards will change in Europe under climate change 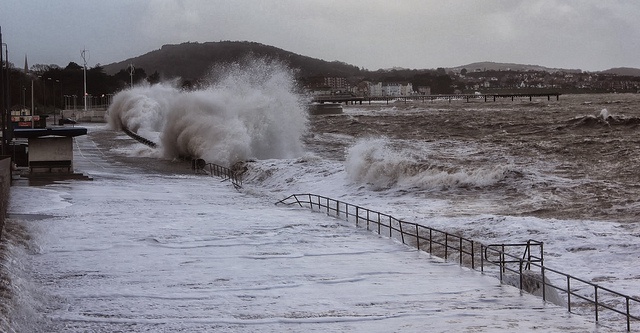 The most relevant hazards for Europe in terms of average annual losses and deaths are heat and cold waves, river and coastal floods, droughts, wildfires and windstorms. The future changes in these hazards in Europe under climate change have been assessed under a business-as-usual scenario of climate change (the so-called SRES A1B scenario):

Looking at the combination of these 100-year extreme events, results suggest that entire Europe could face a progressive increase in overall climate exposure, with a prominent spatial gradient towards southwestern regions where heat waves, droughts and wildfires are particularly effective.

Potential key hotspots that are potentially prone to an increase in exposure to multiple hazards are mainly located along coastlines and in floodplains where windstorms and floods will be likely relevant in combination with temperature-related hazards. More exposed regions include the British Isles, the North Sea area, north-western parts of the Iberian Peninsula, as well as parts of France, the Alps, Northern Italy and Balkan countries along the Danube River.