There are things we cannot fix! The reality of health impacts of climate change. 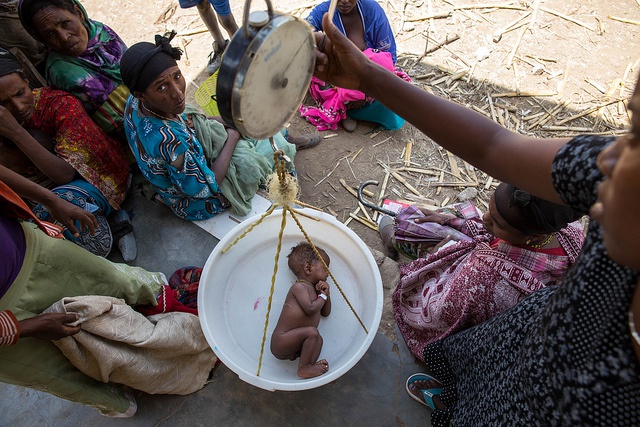 Presented by Kristie Ebi (University of Washington, USA) and Hilary Bambrick (Western Sydney University, Australia) at the Adaptation Futures Conference in Rotterdam, The Netherlands, May 2016

One of the sectors affected by climate change is public health. Adaptation of the health sector to climate change doesn’t seem to be a top priority for politicians and policy makers, although the impacts are manifest in so many countries. Public health was one theme at the Adaptation Futures Conference. Some of the presentations left a deep impression on the audience’s mind, like the ones by Kristie Ebi (University of Washington, USA) and Hilary Bambrick (Western Sydney University, Australia) on health impacts in low- and middle-income countries, and high-income countries, respectively. It makes one wonder: why don’t we act now?

Both scientists addressed the limits to health adaptation in a changing climate. Kristie Ebi focused on low- and middle-income countries. How much can we reduce the health risks of a changing climate, and how are we going to deal with the remaining impacts that can’t be reduced? We can do a lot but there are limits. Malaria, for instance, is not solved now and will continue to cause illness in the future. Kristie: ‘We have to do a lot to strengthen our health system, but even then climate change will likely increase the burden malaria.’ Also, there are physical limits to adaptation: flood risk will increase in parts of low-lying deltas and coastal zones but poor people often cannot afford investments in protection or managed retreat.

For some countries the options are very limited. Jordan, for instance, is one of the 10 most water-stressed countries in the world, and now is home to over 630,000 refugees. How can they adapt to climate change? Kristie: ‘There are no simple solutions’. We need public health professionals that are trained to understand and manage the impacts of climate change. But sometimes health professionals just cannot go to areas where they are needed because of conflicts. ‘Often there is no longer one crisis at the time’, Kristie states, and she refers to Brazil struggling with both drought and the Zika virus: ‘people have to store water and public health professionals need to tell them how to do it safely’. In 2012, 366 million people in 20 countries lived in areas with protracted crises. 19% of food-insecure people live in these areas. Kristie: ‘Helping them is much more difficult when these countries are in conflict.’

Climate change may take a heavy toll of human life. Is there also a positive message? Kristie: ‘Yes, there is. All the health risks of climate change are current problems. Health professionals generally know what to do and it can be done. But it’s not easy and it’s not cheap. There is a lot more that can be done than what is happening.’

For the high-income countries Hilary Bambrick took Australia as an example. ‘In high-income countries climate change is not often talked about in terms of health effects’, she said. This also holds for Australia. Amazing, considering the number of natural hazards Australia had to deal with over the last years. Australia doesn’t seem to be well adapted to climate change. According to Hilary this is due to a number of reasons. There is little awareness of health impacts of climate change; extreme heat, bush fires and severe storms are nothing new, politicians say. Besides, the funding cycles in the health sector are short-term; the impacts of climate change are far into the future, people think, and there are other priorities now.

There is a ‘new normal’, however, Hilary stated, where we have to cope with new extremes. A good example is the fact that recently a new category of fire damage was introduced: catastrophic. Hilary: ‘Basically this means: get out! If things turn out even worse, is there another category apocalyptic on the way?’ Somehow it is hard to convince people that recent extreme events may be ‘outside the normal’. Hilary: ‘Australia has a culture of dealing with extreme events. After a storm or a bush fire people rebuild at the same spot. We have to get that out of people’s mind-set. People should rethink instead, relocate, change building codes.’

What are the limits of adaptation? Just like Kristie, Hilary doesn’t have the answers yet. No collapse of the health system during a disaster has been reached yet, she said, but things need to be strengthened. The health system needs to be prepared for both sustained-changed patterns and sudden extreme events. This calls for the health system to be flexible, strategic, robust, reflective and responsive.

There are things we cannot fix!

More funding and future-oriented thinking is needed. Adaptation of public health to climate change has to be taken more seriously. Both scientists underline that we have to face up to reality: there are things we cannot fix!