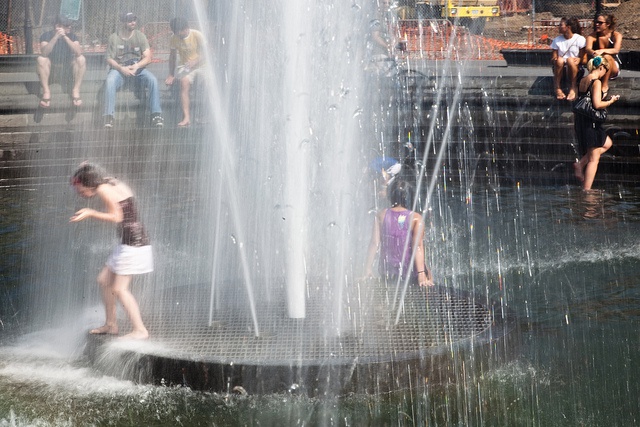 Climate change may have an impact on health in several ways, both directly (through temperature e.g.) and indirectly. Health impacts are: cold and heat stress, skin cancer, food poisoning, toxic algae blooms, tick-borne and (other) vector-borne diseases, water-borne diseases, air quality, and leaching of pollutants. The ClimateChangePost presents a complete overview of our current knowledge of health implications of climate change (see for instance our summary for the UK)

An interesting ‘trade-off’ is the effect of global warming on the number of heat-related and cold-related deaths. The following can be concluded from a large number of scientific publications.

In August 2003, Europe was hit by a severe heat wave, with catastrophic health consequences. For the whole of summer 2003, the number of heat related deaths in Western Europe is believed to amount to over 44,000. Especially France was hit hard: 15,000 people died because of the heat between August 4 and 18. The summer heat wave experienced in 2003 is likely to become a normal event by the 2040s and considered cool by the 2060s.

The greatest increase in mortality was due to causes directly attributable to heat: dehydration, hyperthermia, and heat stroke. In addition to age and gender, combinatorial factors included pre-existing disease, medication, urban residence, isolation, poverty, and, probably, air pollution (ozone).  Those most likely to die of the heat are the old, the chronically ill, and the isolated. Both northern and southern Europe is at risk. Heat waves thus pose a future challenge for major cities.

86,000 extra deaths per year in EU countries have been estimated with a global mean temperature increase of 3°C in 2071 - 2100 relative to 1961 - 1990. Increasing numbers of older adults in the population will increase the proportion of the population at risk. In the United Kingdom, annual heat-related deaths are expected to increase from about 800 in the 1990s to about 2800 in the 2050s and about 3500 in the 2080s under a scenario of medium to high climate change.

Populations do, however, adapt to continued higher temperatures. People of Athens, for instance, suffer more from a cold weather spell than people in Stockholm. On the other hand, the residents of Stockholm are more affected by a heat wave than those in Athens.

Excess winter deaths are causally attributed to seasonal variations in temperature, with low temperatures thought to cause death directly (for example, through hypothermia or falls in icy conditions) and by altering vulnerability to communicable or non-communicable diseases, such as influenza and myocardial infarction, which are more common in winter.

This line of reasoning may be too simple. According to scientific research this would hold for poorly insulated homes. However, the link between winter temperatures and excess winter deaths may no longer be as strong as before, due to better housing, improved health care, higher incomes and greater awareness of the risks of cold over the past few decades. Instead, the absolute number of excess winter deaths may increase in the coming decades due to an increase in future winter temperature volatility and because of a growing and ageing population.