More precipitation may increase pollution of inland and coastal waters 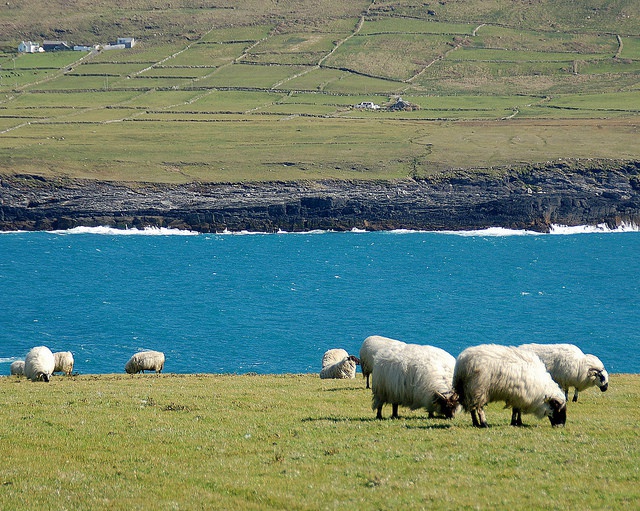 In many parts of the world, water quality of inland streams, rivers and coastal waters suffers from pollutants from population and (agricultural) land use. This pollution may change because future precipitation will change, and so will pollutant transport to water bodies, and dilution of pollutants during high and low flows.

The impacts of climate change (precipitation and temperature) and land use on the daily microbial contamination of surface water were investigated for two catchments in the west of Ireland. This was done for an intermediate and a high-end scenario of climate change, and a potential worst-case land use scenario, for the period 2041 - 2060. Under the scenarios of climate change, changes in precipitation typically follow projected changes in future precipitation, with a stronger effect for the high-end than the intermediate scenario. A realistic worst-case land use scenario was used, based on the dominance of pasture and livestock in the study area: the cattle/sheep populations of 1998, when densities were at their highest level in the past 20 years. Manure applied to land as fertilizer and manure deposited from livestock grazing are major diffuse contaminant sources in the studied catchments. In addition, increase of effluent discharges from wastewater treatment plants and septic systems was assumed reflecting an estimated increase in human population of 17%.

The results show that daily microbial load will likely increase on an annual basis, following seasonal variations in precipitation and streamflow. Future winters represent periods of increased risk: increases in winter rainfall (intensity and frequency) according to the climate change scenarios produced significant effects on the transport of microbial pollutants. The land use scenario produced significant increases in microbial load compared with the current situation, across all seasons and flow conditions. The impacts are magnified when combined with the climate change scenarios.

Future variations in land use/management may be as important as the effects of climate change on in-stream microbial pollutant loads. This highlights the need to develop adaptive land use/management strategies that are capable of reducing microbial source loading and to understand catchment characteristics that may be controllable in the future.