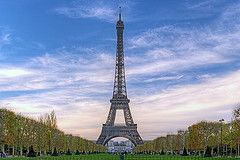 From observations over the period 1951−2009 eight heat waves were extracted for the Paris Basin, i.e. a mean frequency of about 1 in 7 years (a heat wave being defined as at least one day with daily minimum 18°C and maximum 34°C, minimum duration of 3 days with relatively high temperatures).