More frequent heat waves in South-East Europe since the 1960s 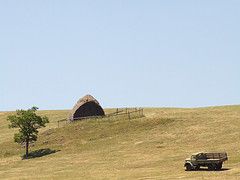 The summer of 2012 was very hot and dry in South-East Europe; it was the hottest and third-driest on record in Serbia. For this part of South-East Europe (including parts of Northern Serbia and Southern Hungary, as well as smaller areas in Bosnia-Herzegovina, Croatia and Romania), the change of the likelihood of an extreme summer such as the one of 2012 between the decades of 1960-1970 and 2000-2010 was assessed. This was done by studying decade-long model simulations (general circulation model and an embedded dynamical regional climate model) and observations.

From this study it was concluded that the magnitude and frequency of heat waves have increased considerably in South-Europe between the 1960s and the 2000s. In addition, indices combining temperature and precipitation to assess changes in dryness and heat stress risk have been analysed; these results also show an increase in return time, although the results are subject to uncertainties.