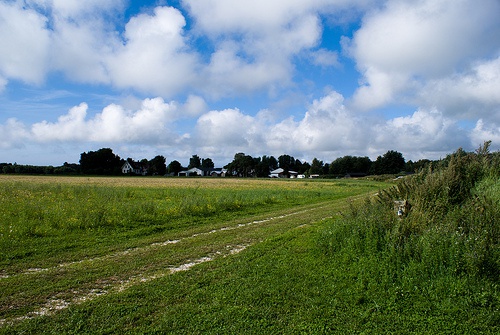 Forage-based dairy and livestock production is the backbone of agriculture in Northern Europe in economic terms. Changes in growing conditions that affect forage grass yield may have great economic consequences.

The impact of climate change on two grass species (timothy and ryegrass) was assessed at several locations in Northern Europe (Iceland, Scandinavia, Baltic countries) in a near-future scenario (2040–2065) compared with the baseline period 1960–1990. This was done for simulations based on a large number of global climate models and the IPCC SRES A1B emission scenario.

According to these results potential grass yield will increase throughout the study area, mainly as a result of increased growing temperatures: 14% for irrigated and 11% for non-irrigated conditions. Predicted yield response was largest at western locations. The growing period was predicted to start earlier in 2050 compared with the baseline period. The yield response showed a west-east geoclimatic gradient, with the largest yield responses at locations with a maritime climate in the west and the smallest at inland locations in the east. This gradient was especially evident under non-irrigated conditions due to the generally larger precipitation at the western locations.