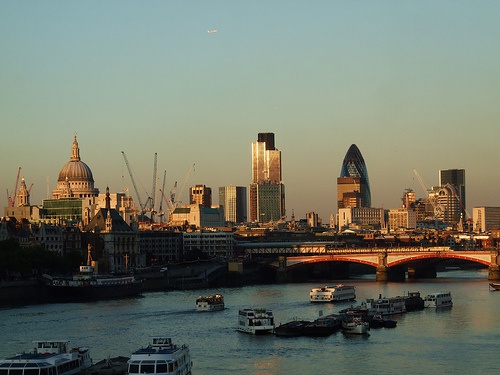 The urban heat island effect is the difference between the temperature in the urban area and in the surroundings. This effect has been quantified from remote sensing for all cities in 38 European countries over the period 2006-2011. It was shown that this effect varies over the seasons, being maximum in summer (typically 2°C in July) and minimum in winter (1°C in February). Maximum values in summer were up to 3°C.