In a changing climate, the 100-year flood event is a misleading concept 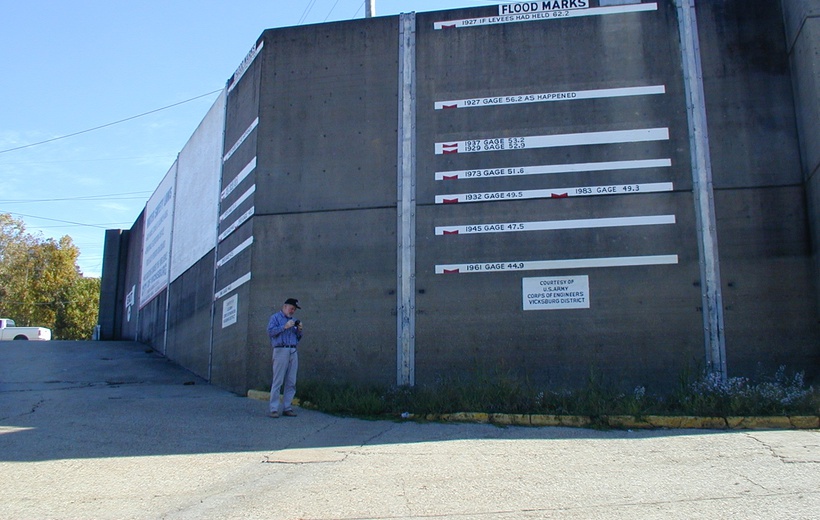 In a changing climate, concepts like these ‘100-year flood events’ can be misleading, however. The discharge linked to a 100-year return period is based on a historical record. But the character of rivers is changing, not only in response to the changing climate but also as a result of changes in land use, such as urbanization and agriculture, and other anthropogenic influences on river regimes. Data of the past may no longer fit the river’s discharge regime of today.

Basically, this means that statements on a river flood’s return period to indicate its extreme character are of little value. Unless these statements are based on a trend analysis of flood levels over a sufficiently long period.

The latter has been carried out on a global scale. Changes have been examined in return periods of observed extreme peak river flows globally. According to the authors, they provide the first global picture of changes in the return periods of the 20-, 50-, and 100-year river floods. Their reference point is 1970. The analysis is based on more than 10,000 river gauge records. At each site, the authors estimated the magnitude of the 20-, 50-, and 100-year flood in the 1970s, and the changing return period of these 1970s floods in the current situation.

According to the analysis, the return period of a 100-year flood has increased. One should be aware, however, that the number of sites used to evaluate these trends is much smaller for the 100-year floods than for the 20-year floods. After all, the numbers of sites with a sufficiently long record to carry out these analyses are much smaller for increasingly rare extremes. The conclusions on the 100-year-floods are, therefore, of little value.

Remarkably, the overall global impression of a changing return period is not a reduction, but an increase of these flood return periods: The 20-, 50-, and 100-year floods of the 1970s have become, on average, 41-, 152-, and 358-year floods under present-day conditions. With the exception of temperate zones, this increase of return period was found for all other climate zones (cold, arid, tropical, polar) and includes eastern Europe.

This indicates that, on a global scale, the frequency of occurrence of these flood levels has decreased. According to the authors, this may be due to a combination of climatic changes, land cover changes such as urbanization, agriculture, and other anthropogenic influences on river regimes.

An indication, no precise estimates

The authors stress that these ‘new’ return periods should be seen as indicative of the general direction of change rather than precise estimates. After all, the results only cover the selected sites with sufficiently long historic flood records.

Previously, we reported on a global study on 20-, 50-, and 100-year floods where the effects of human catchment alterations, including urbanization, land-use change, diversions, abstractions and reservoir regulation, were separated from those of climate change. In this way, only the impact of climate change on river floods could be studied. This study showed no compelling evidence for consistent changes over time in the return period of these floods.