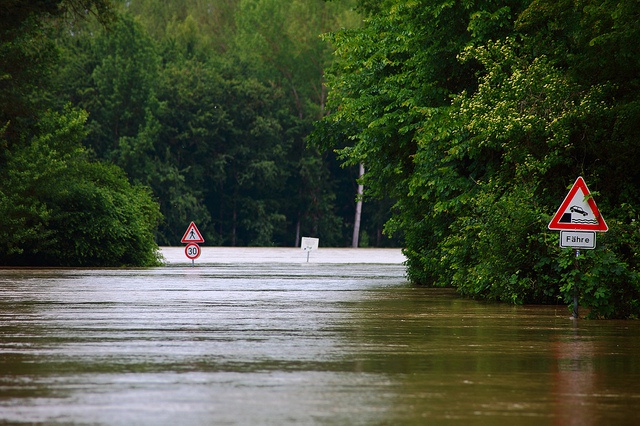 Compelling evidence that the number of major river floods is increasing at a global scale is lacking. Conclusions in previous scientific studies that the occurrence of river flooding is changing due to climate change are based upon small samples of catchments or short periods of record. Generalizations about climate-driven changes in floods based upon these studies are ungrounded. This firm statement was concluded by a number of scientists that studied the occurrence of major floods across North America and Europe. The results of their study, published in the Journal of Hydrology, support the conclusion of the IPCC that globally there is no clear and widespread evidence of changes in flood magnitude or frequency in observed flood records.

The impact of climate change on river floods can only be studied when the effects of human catchment alterations can be separated from those of climate. These human alterations include urbanisation, land-use change, diversions, abstractions and reservoir regulation. In many previous studies these alterations may have impacted the change in the number of floods.

The study in the Journal of Hydrology presents the first intercontinental assessment of climate-driven changes over time in the occurrence of major floods: floods with a return period of 25, 50 and 100 years, that are likely to have the greatest societal effects. For 1204 diverse but minimally altered catchments, long-term trends in major flood occurrence have been analysed. These sites include catchments in Canada, the United States, France, Ireland, Norway, United Kingdom, Denmark, Finland, Germany, Iceland, Spain, Sweden and Switzerland. All catchments had <10% current urban area, no substantial flow alteration or known substantial land cover change, good quality peak-flow data and <10 years missing data. Floods were analysed for the periods 1961 - 2010 and 1931 – 2010.

For this period of 80 years there was no compelling evidence for consistent changes over time in major flood occurrence. These results differ from the most comparable previous study, which found significant increases in the occurrence of 100-year floods during the 20th century for 16 very large catchments in the Northern Hemisphere. Flood trends at these catchments may be impacted by human alterations.