For peat’s sake! Scotland restores its peatlands to keep carbon locked up 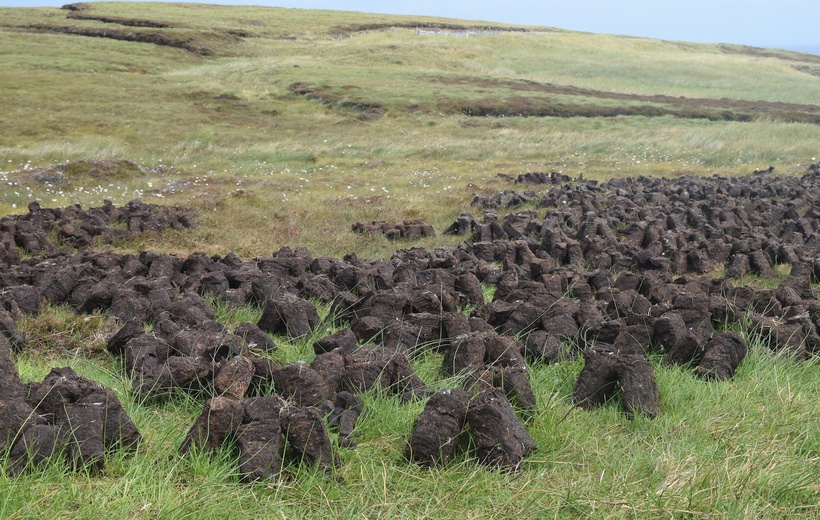 More then half a century ago, the Scots tried to transform their bogs into forest, now they’ve made a 180 degrees turn, and dig up the trees and flatten the furrows in former tree plantations. The planted pine trees and spruce didn’t do well in the acidic peat. But what’s more important: the world’s vision of the importance of peatlands to keep carbon locked up has changed.

Scotland has emerged as a leader in restoring peatlands, which cover more than 20% of the country. This year, Scotland probably will have restored 50,000 hectares, and it aims to push that total to 250,000 hectares by 2030.

The switch from afforestation to peatlands recovery is a remarkable one, in times when the support around the globe for efforts to plant trees to combat global warming is growing fast. It’s exactly this combat that drives this initiative. Peatlands can store enormous amounts of carbon. They hold more than one-quarter of the planet’s soil carbon, and more than twice as much carbon as the world’s forests do, even though they cover only 3% of global land area.

Natural peatlands used to be carbon sinks, but in many places these sinks have turned into carbon sources. Roughly 5% of global anthropogenic greenhouse-gas emissions stem from damaged or drained peatlands, largely through peat fires and oxidation of the buried carbon.

Scientists are sceptical whether the bogs can be revived to the point that they become major carbon sinks again. It should be possible, however, to stop them from emitting carbon, and this would already be a major contribution to combatting climate change. Reaching the targets of the Paris agreement calls for a strong reduction of the budget of greenhouse gasses the world is emitting. If we do not restore our peatlands but still succeed in keeping temperatures from rising above the Paris target, CO2 emissions from peatlands would account for roughly 10–40% of all emissions globally.

The restoration of peatlands will not be a quick win. Results in Scotland and in Canada show that it takes one to two decades for peatlands to recover following restoration efforts. One complication in the effort to re-wet peatlands is that restored wetlands will produce some amount of methane, which is a potent greenhouse gas. Scientists say that this will be more than balanced by the reduction in emissions of carbon dioxide and nitrous oxide, however. Overall, re-wetting seems to have a net benefit for the climate. Rather than aiming to turn global peatlands into sinks, a more realistic near-term goal may be to make bogs carbon neutral.