Peatlands, a growing net source of greenhouse gasses since 1960 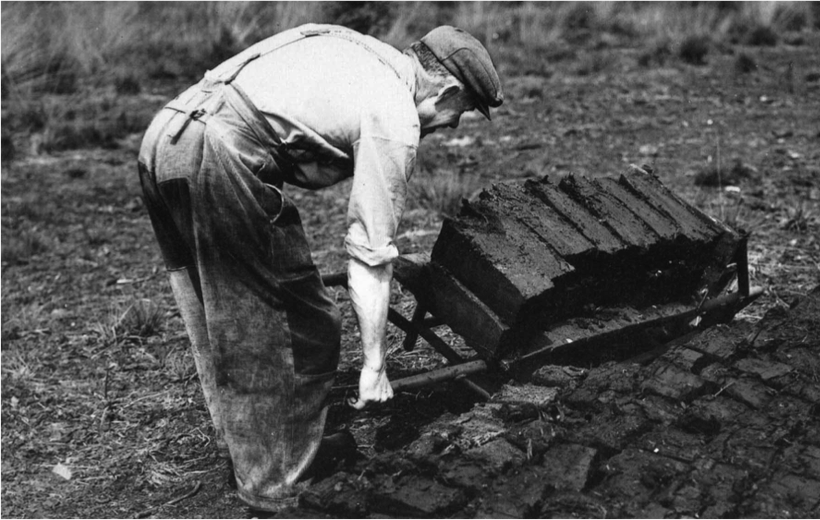 Photo: Boreal and temperate peatlands have been drained for centuries and used for agriculture, forestry, and peat extraction, as on this photo in the Netherlands.

Ever since the last ice age, natural peatlands have been important carbon sinks, and intact peatlands still are today. However, drainage of peatlands for agriculture and forestry has transformed large areas from former sinks into net sources of greenhouse gasses. Especially in temperate and boreal regions, but increasingly also in the tropics. On a global scale, peatlands turned from a net sink into a net source of greenhouse gasses in 1960. Rehabilitation of these peatlands may greatly reduce additional emissions in the future.

Boreal and temperate regions versus the tropics

Drained peatlands not only emit CO2 but NH4 and N2O as well. These are all greenhouse gasses. The emission volumes of the latter two are also expressed in terms of CO2 by translating their volumes into volumes of CO2 that have the same global warming impact. These volumes are expressed in volumes CO2e, where ‘e’ means carbon dioxide ‘equivalent’.

A reconstruction of the past and projections for the future were combined to estimate changes in the global balance of peatland greenhouse gasses for the period 1850 - 2100. For boreal and temperate peatlands annual uptake rate of greenhouse gasses by intact peatlands is projected to decrease from 0.31 (in 1850) to 0.29 Pg CO2e (in 2100), along with an increase in the drained area. For tropical peatlands a decrease from 0.10 to 0.04 Pg CO2e is projected. 1Pg = 1012kg.

In the context of the global budget of greenhouse gasses this change in uptake (sink) is relatively small. The change in emissions (source) is much more pronounced, however. Estimates for the period 1850 - 2100 show a steady increase of emissions from peat decomposition. For 2015, a release of greenhouse gasses from drained peatlands of 1.53 ± 0.80 Pg CO2e is estimated, with 1.26 ± 0.77 of that total emitted in the tropics.

Emissions from temperate and boreal systems dominated the overall picture until around 1980. Since then, annual emissions from the tropics exceed those from temperate and boreal regions. By 2100, tropical regions are projected to completely dominate greenhouse emission from peatlands. Without counteracting measures having been taken, the annual emissions rate will then reach 2.23 ± 0.69 Pg CO2e in the tropics, compared with ‘only’ 0.07± 0.16 Pg CO2e in boreal and temperate regions. In the latter regions, most of the carbon will have disappeared by oxidation by then. In drained tropical peatlands this exhaustion will start after 2100 because of the later drainage onset.

No more net emissions from peatlands?

Without rehabilitation of peatlands and with continued land conversion in the tropics, the emissions from peatlands may comprise 12-41% of the total remaining budget (from now on) of greenhouse gasses that would keep global warming below +2 °C. Widespread rehabilitation of formerly drained peatlands would substantially reduce these values to 3-12% of the budget. If we include extant peatlands in the overall calculation, the contribution of peatlands to this total ‘allowed’ budget would reduce to ‘only’ 1-5%.