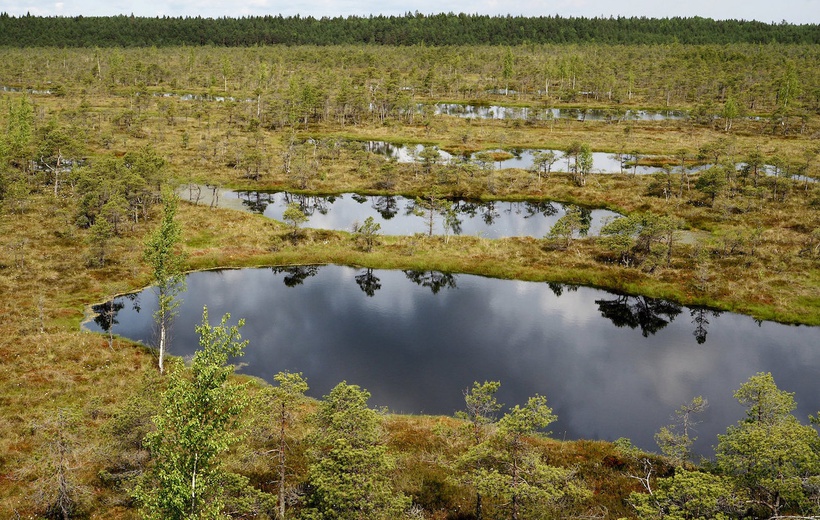 Not a quick win

Drained peat soils used for agriculture can be large greenhouse gas sources. By rewetting these soils and thus restoring the wetlands, soil carbon can be sequestered. Nations with vast amounts of peat soils and a commitment to cut down on the emission of greenhouse gases are taking steps to restore these wetlands, or at least to raise groundwater levels and reduce carbon decomposition. In Europe, Ireland has announced to stop excavating its peatlands for fuel. In the Netherlands, raising groundwater levels and subsequently changing land use is under discussion. Rewetting of peat soils is not a quick win contribution to the reduction of greenhouse gases emissions, however. This warning can be read between the lines of a recent article in the journal Agricultural and Forest Meteorology .

With respect to rewetting peat soils, the net impact on the emission of greenhouse gases depends on the balance between CO2 and CH4 (the impact of N2O, another greenhouse gas emitted by these soils, has been shown to be negligible, compared to the other two). CO2 is emitted when peat soils are drained and exposed to the air. CH4 is formed under anaerobic conditions, so when peat soils are rewetted again. Clearly, wetland restoration comes with a biogeochemical compromise: while flooded wetlands have the potential to sequester carbon, the highly reduced (anaerobic) conditions can result in significant CH4 emissions. What’s more, CH4 is a much stronger greenhouse gas than CO2!

35 years of continuous CO2 and CH4 measurements in the Sacramento-San Joaquin River Delta (USA) showed that restored wetlands effectively sequestered carbon and halted soil carbon loss associated with drained agricultural land uses. It takes some time, however, before this change from carbon source (drained land) to carbon sink (restored wetland) becomes effective in terms of climate change mitigation: restored wetlands do not begin to accrue greenhouse gas benefits until nearly a half century, and become net sinks from the atmosphere after a century. This is related to the fact that after rewetting, the peat soils start to emit CH4 as a result of anaerobic decomposition of carbon. CH4 being a much stronger greenhouse gas, it takes some time for the CO2 accumulation to dominate over this CH4 effect. The latter effect may turn restored wetlands into net sources of greenhouse gases to the atmosphere over decadal timescales. The good news in this US study: over time, the cumulative removal of CO2, an extremely long-lived green house gas, from the atmosphere vastly outweighs the short-lived CH4 warming effect.

The study shows that land use change from agriculture on drained, degraded peat soils to freshwater, deltaic restored wetlands will result in a net greenhouse gases benefit over multi-decadal timescales, while accreting soil and sequestering carbon from the atmosphere into the ecosystem. Along with climate benefits, these ecosystem services have the potential to halt and reverse soil subsidence and protect the fragile hydrological network of wetland ecosystems. The message to policymakers and planners: take measures that promote the long-term restoration of these kinds of systems to maximize climatic benefit.