Local adaptation to climate change varies across Europe, from north to south, and east to west 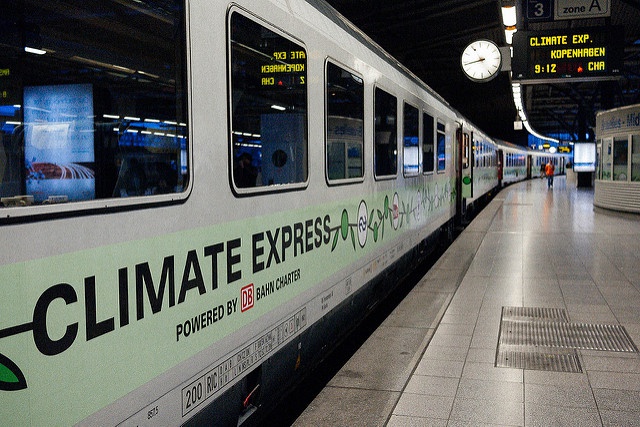 The Third European Climate Change Adaptation Conference was held in Glasgow in June 2017, focused on “Our Climate Ready Future”. The ClimateChangePost presents a selection of contributions to this conference. This article is the fourth in a series of eight based on presentations given at the conference, and interviews with the scientists.

This contribution was presented by Francisca Aguiar of the University of Lisbon.

How are local communities in Europe responding to climate risks? Francisca Aguiar of the University of Lisbon studied this. She and her colleagues analysed 147 Local Adaptation Strategies of municipalities or metropolitan areas across Europe, encompassing 19 European Union member states plus Norway.

The study shows that the two most important triggers for drawing up these local adaptation plans were EU policy, such as the EU Adaptation Strategy (2013), and financial, scientific and technical support to local authorities and communities. Also the occurrence of extreme climatic events, especially heat waves, droughts, and storms, were important triggers for local adaptation. The lack of financial and human resources was found to be the major barrier to implement adaptation measures. Main focus areas are flood protection and water management, the built environment, urban planning, the protection of forests and natural areas, civil protection, and human health.

Differences from north to south and east to west

Drawing up plans is one challenge, how to implement them is another. ‘We have the plans in Portugal now, the challenge is to finance implementation, and to spread information and experience among cities’, she explains. This is where Francisca’s study shows a pattern across Europe: Southern and Eastern Europe is lagging behind on the implementation of local adaptation planning on the rest of Europe. ‘Countries in Northern and Western Europe are already implementing their plans; for them, financial resources are not a constraint. That’s one of the reasons why they are ahead of the rest of Europe.’

For Southern Europe there are differences between east and west. Portugal and Spain are beyond countries like Italy and Greece. Francisca: ‘Italy and Greece are lagging behind in planning but they are doing it!’ In fact, even within countries large differences are manifest. ‘Countries like Portugal and Spain are very diverse. The climate and socioeconomic conditions are very different between regions in the north and south. This reflects in local adaptation planning’.