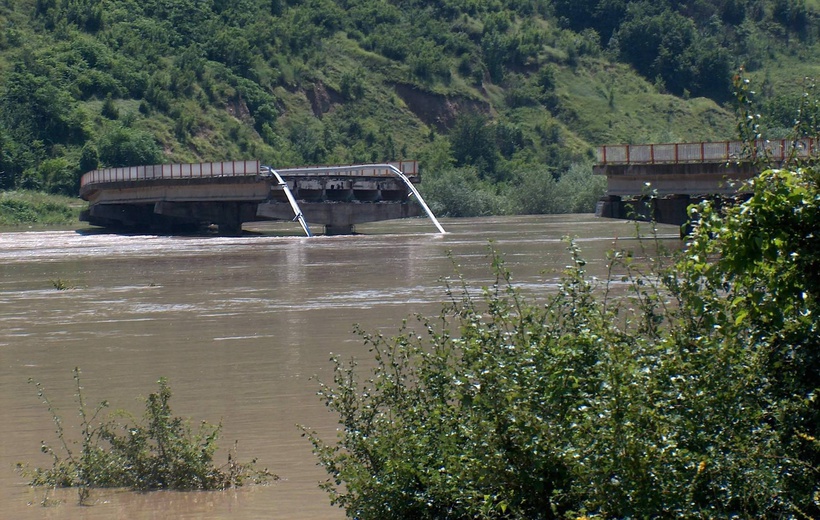 Europe’s infrastructure is designed to withstand extreme rainfall conditions up to a certain level. Now that these conditions are changing, and the frequency of high rainfall intensities is increasing, the design criteria of the past need to be adjusted as well. A study for the entire European continent has been carried out to see how projected changes in extreme rainfall feed into design criteria for infrastructure.

We use these curves when designing our roads, railways, bridges, etc. These curves tell us what extreme rainfall conditions our infrastructure needs to withstand. If we want our infrastructure not to be destroyed under rainfall conditions that happen more often than once a century, we take the ‘rainfall intensity-duration’ curve for a return period of 100 years as a starting point for our design.

Rainfall intensity is increasing in Europe because of climate change. The ‘rainfall intensity-duration’ curve for a return period of 100 years is different now than it was 50 years ago, and it will continue to change in the future. This change calls into question the resilience of the existing infrastructure under more frequent and intense rainstorms in the future. The infrastructure has been designed for less extreme conditions than we have today. The risk of infrastructure breaking down will increase unless we adapt them to the more extreme rainstorms of the future.

If we want to adapt our infrastructure to the more extreme rainstorms of the future, we need to know how these curves are changing. This has been studied for Europe as a whole. Curves have been quantified for rainstorms with different return periods ranging between 1 and 100 years. For each return period, rainfall intensity has been quantified for several rainfall durations: 0.5, 1, 3, 6, 12 and 24 hours. This has been done for the period 1971 - 2000, representing current conditions, and for two future time slices: 2041 - 2070 and 2071 - 2100. The curves for current conditions have been quantified from satellite data verified with ground-based observations. The curves for future time slices have been quantified from climate model projections for a moderate and high-end scenario of climate change.

Up to three times more likely

According to this study, sub-daily extreme precipitation intensities that now occur once every 50 or 100 years, will occur two to three times as often by the end of this century for a moderate and high-end scenario of climate change, respectively. So, return periods of extreme events will be much lower.

The curve that shows rainfall intensity at different rainfall duration for, say, once-in-a-hundred years events will be different mid-century and even more so by 2100 compared with current conditions. These curves will also be more different for a high-end scenario of climate change compared with a moderate one.

The scientists state that these results call into question the resilience of the existing infrastructure under more frequent and intense rainstorms in the future. Proper adaptation strategies are needed to reduce the breakdown risk of infrastructure designed based on historical rainstorms, and create resilient societies, they conclude.