Extreme drought threatens the lives of millions of Afghans 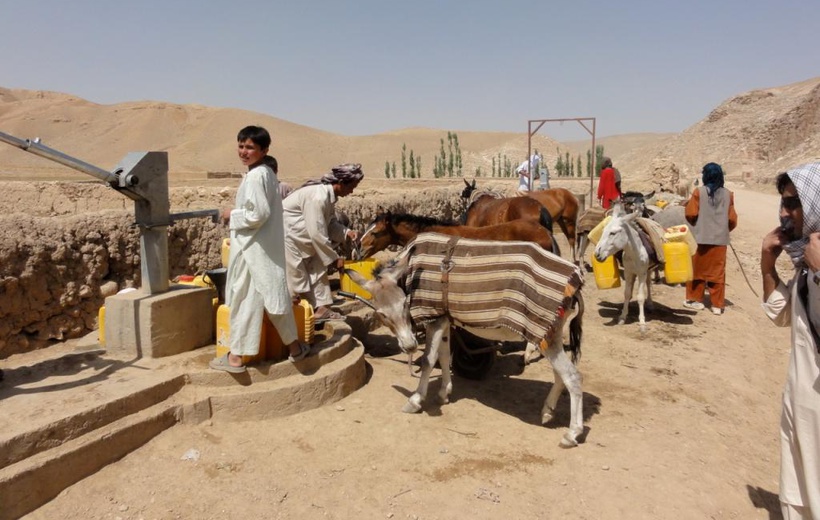 With the growing food insecurity, the foreign troops withdrawing from Afghanistan, and the COVID-19 pandemic showing no signs of stopping, the instability in the country is increasing at an extremely fast pace.

In 2018, extreme drought affected more than two-thirds of Afghanistan, making thirteen million people experience crisis levels of food insecurity. Millions of Afghans had to sell everything they had and move to settlements for displaced persons to survive. The country and its population have not yet fully recovered from the devastating impact of the 2018 drought. Yet, now they have to brace for another period of water scarcity.

Helping the most vulnerable is a race against time, and many worry that a migration crisis of epic proportions is inevitable.

The Government of Afghanistan officially declared the drought on 22 June. Not only has there been very little rainfall in 2021 so far, but also last year the country saw only half of the average rainfall level. That means that communities that rely on farming to survive will not have enough crops to feed the families when the harvest season begins in late September.

This year, Afghanistan faces the lowest level of rainfall in years, with twenty-five provinces experiencing food and water scarcity. Since 2018, drought has displaced a quarter of a million people, and the numbers are rising. This year, so far, around 270,000 people have been displaced by drought and food scarcity it has caused.

Families living in rural areas often have no choice but to sell all their belongings and livestock. Sometimes to get the money, they resort to desperate measures and sell their daughters off to older men.

The UN reported that in some provinces of Afghanistan, displaced people ‘are being housed in schools and public buildings, and need food, water and sanitation.’ Looking for protection, thousands have also been trying to get across the border to neighbouring countries, for example, to Iran and Pakistan.

Drought has aggravated already fragile situation in the country

In areas where water supply decreases, conflict is more likely to occur as the competition for resources increases. Water exacerbates the already existing tensions between communities, leading to instability and violence. Drought and the ongoing fighting in Afghanistan have pushed millions into extreme poverty, depriving them of access to adequate nutrition and basic services.

On 13 July, UNHCR, the UN Refugee Agency, warned about the imminent humanitarian crisis in Afghanistan, saying that ‘the resilience of the Afghan people has been pushed to the limit by prolonged conflict, high levels of displacement, the impact of COVID-19, recurrent natural disasters, including drought, and deepening poverty.’

Half of the population of Afghanistan requires immediate assistance, and a third of the country suffers from malnutrition. Children, who need foods that provide them with protein, calcium, iron and vitamins to grow, have been disproportionately affected by the drought. Around half of all children under the age of five is experiencing acute malnutrition, the UN reported.

Aid organisations have been trying to prevent the families’ displacement and help them stay on their land by providing them with food supplies and cash benefits. Sadly, however, the humanitarian response remains severely underfunded. The next few months will show whether a humanitarian disaster can be avoided.

Katarzyna Rybarczyk is a Political Correspondent for Immigration News, a media platform affiliated with Immigration Advice Service. Through her articles, she aims to raise awareness about security threats worldwide and the challenges facing communities living in developing countries.

Sources: reports published in 2021 by the UN, the International Federation of Red Cross And Red Crescent Societies, and Relief Web