The future of landslides in the Pyrenees 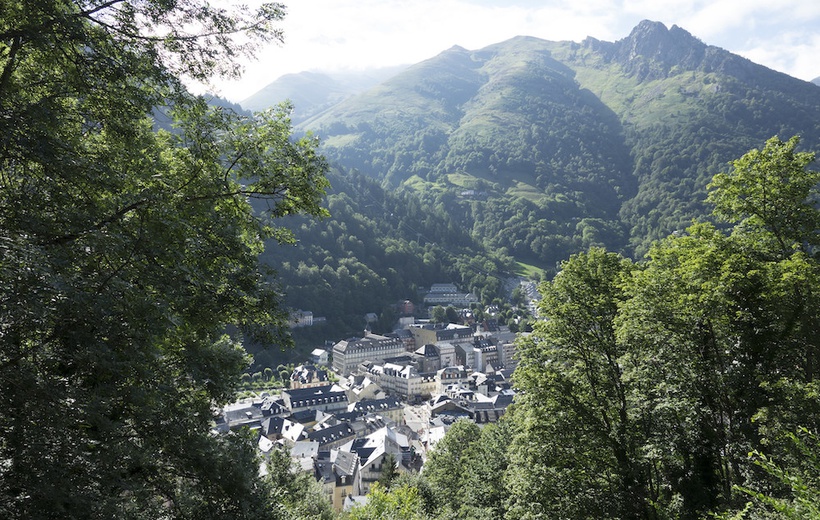 The risk of landslides in mountainous areas may change in the future especially as a result of climate change and changes in land cover. The link with climate change is the effect of changes in moisture content in the subsoil due to changes in precipitation intensity and volume, and a shift from snowfall to rain. Changes in land cover can affect slope stability through different processes: on the one hand, the roots of plants and trees increase slope stability; on the other, vegetation adds weight to the slope and more weight increases the risk of a landslide. Vegetation also influences moisture content of the subsoil.

How important is climate change when compared to changes in land cover for future changes in the risk of landslides? This was studied for a high-elevation valley in the French Central Pyrenees. Future projections were assessed for four different scenarios of land use, leading to more or less forest cover, and for two scenarios of climate change, a moderate and high-end scenario. These projections refer to the near future (2021 - 2050 period) and far future (2071 - 2100 period). The results were compared with the situation of 1981 - 2010 for reference.

Up to 4 times more landslides

The results show that for this case climate change has a stronger impact on landslide risk than changes in land cover. Climate change may periodically increase the water table in the subsoil such that slope stability decreases. This effect even dominates over the slope stabilizing effect of more forest cover. This is particularly significant for the high-end scenario of climate change. Therefore, even if future forest growth leads to slope stabilization, the evolution of the groundwater conditions will lead to destabilization.

According to this study, landslide hazards in this part of the Pyrenees are projected to occur 1.5 and 4 times as often in the near and far future, respectively, under the high-end scenario of climate change. The increase of landslide frequency in areas prone to landslides is higher for the shallow landslide type than for the deep landslide type.