Wine quality and global warming: When will winners become losers? 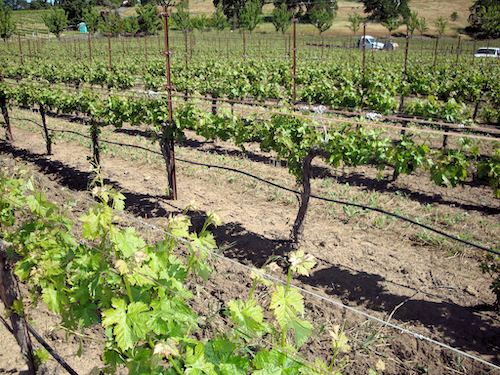 Among winemakers, like in many other sectors, there will be winners and losers in a changing climate. Winners are those in regions where temperature increase will favour the conditions for a higher and higher quality wine grape production. Losers are in regions that are now already close to thresholds above which making quality wine grape production will be impossible (or unsustainable). The United Kingdom is a winner, rapidly expanding its wine grape production and reputability. Some of the well-established regions may be losers. It is still hard to say, however, how much warming is too much for established wine regions to shift from winners to losers.

For two of the world’s top red wine regions, Napa Valley in California, USA and Bordeaux, France, a study was carried out on how global warming affects ripening and wine quality. So far, substantial warming in both regions has increased average wine quality. But what about the future, are we approaching a tipping point?

A tipping point may be nearby

So far, this has not been associated with any loss of wine quality. Instead, higher temperatures have made wine quality more consistently good. According to the authors of this study this may be partly due to evolving consumers preference for more ripe flavours. Their study also showed that other compounds that determine the quality of red wines seem to have reached a maximum in these Napa and Bordeaux wines, and a plateau of wine quality ratings has been reached. This led them to conclude that, although viticulture in these regions has successfully adapted to a drastically changing climate thus far, there is reason for concern that a tipping point in the relationship between climate change and wine quality is nearby.