How will different rates of sea-level rise determine the future of the Wadden Sea? 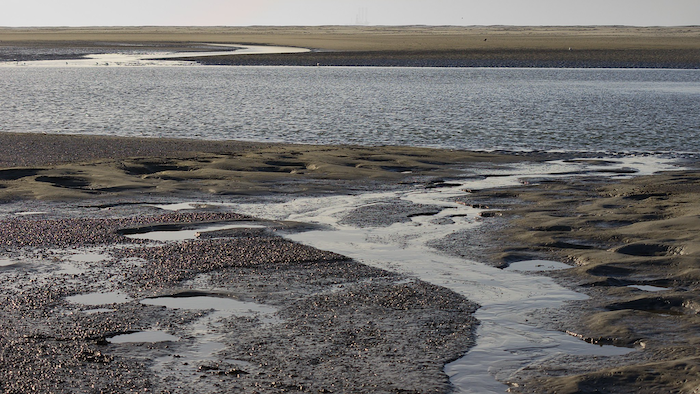 The ecological value of the Wadden Sea is high. Especially the intertidal flats support a wide range of wildlife. If these flats would drown under sea-level rise, a most valuable nature reserve would be lost.

The impact of accelerated sea-level rise and soil subsidence

It is the relative sea-level rise that is important for the Wadden Sea’s future: the combination of absolute sea-level rise and the subsidence of the intertidal flats. A projection of possible future developments of this area is presented in a recent study that includes state of the art understanding of sea-level rise, soil subsidence, and sediment flows. The study focuses on the years 2030, 2050 and 2100.

Projected mean sea-level rise between now (2018) and 2100 is 0.41 m, 0.52 m and 0.76 m, under a low, intermediate and high-end scenario of climate change, respectively. The subsidence results from the extraction of gas and salt in the area, and from natural processes (compaction of sediments, postglacial adjustment of the earth’s crust). The estimated effect of gas and salt extraction on subsidence in future decades varies locally, from zero to 1.6 mm per year. Natural subsidence is less than 1 mm per year.

Thus, for the near future (up to 2030), the effect of sea-level rise on the Wadden Sea will be hardly noticeable. Over the long term, up to 2100, the projected changes largely depend on the scenarios of climate change. There will be hardly any effect under the low-end scenario, whereas effects will be noticeable already in 2050 under the high-end scenario.

What if sea level rises much faster?

Recently, an assessment has been carried out of possible upper limits of sea-level rise near the Dutch coast, based on recent studies that indicate that ice melt of Antarctica proceeds much faster than has been assumed so far1. The assessment indicates that sea-level rise may be up to 2-3 metres in 2100. This would agree with a rate of sea-level rise of 14 mm per year in 2050, and possibly increasing up to 60 mm per year in 2100. Under these extreme scenarios, the Wadden Sea will be practically drowned before 2100.

1This assessment is: Haasnoot et al. (2018). Possible consequences of accelerated sea-level rise for the Delta Programme. An assessment. Deltares report 11202230-005-002 (tekst in Dutch). One of the studies this report is based on has been covered by the ClimateChangePost: “High-end sea level rise estimates when Antarctic ice shelves break up”