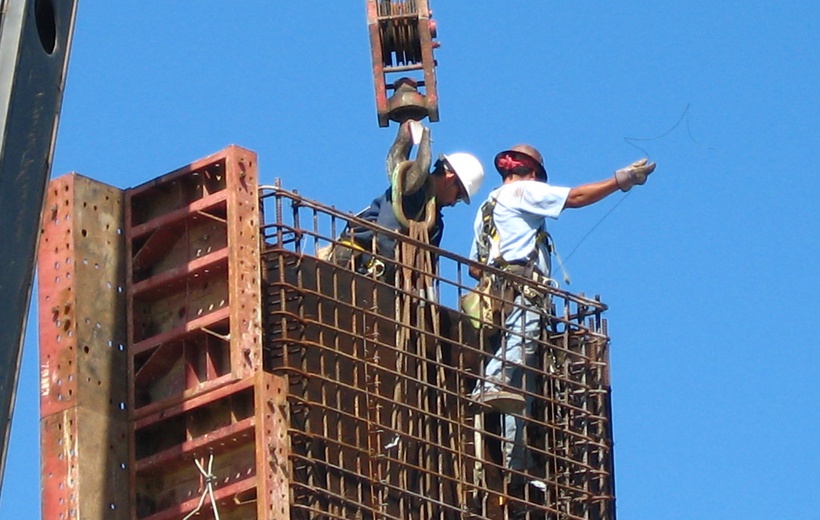 It’s not just temperature that determines heat stress. Air humidity is also very important. A higher humidity makes temperature feel hotter than it actually is. At low moisture levels the human body can efficiently loose heat through evaporative cooling, even on a hot day. When it’s hot and humid, however, the efficiency of evaporative cooling slows and the body may become unable to maintain a stable core temperature. Future projections on the combination of these factors can be used to estimate how climate change may affect working conditions and economic productivity.

This has been done for shaded and sunny conditions for future scenarios until the end of this century. The calculations are based on a large number of model simulations, performed by 11 regional climate models driven by 10 different global climate models, and a low-end, moderate and high-end scenario of climate change. The reference period is 1981-2010.

Currently, the number of summer days with high heat risk reaches up to 20 days on average in a few locations in Spain, Italy, Greece and Cyprus in the shade. In the sun, the area with such conditions spans over Southern Europe and reaches 30-50 days in some Mediterranean locations. In Central and Northern Europe, the thresholds for moderate and high heat risk are currently reached only occasionally.

Compared to today’s climate, high heat risk frequency for both shaded and sunny conditions is projected to increase by 5-15 days per year in the Mediterranean region by the end of the century under the low-end scenario of climate change. Under the moderate and high-end scenario these numbers are 15-30 and 30-50 days per year, respectively. In some Southern European locations, workers might suffer high heat risk at the end of this century for almost the entire summer in sunny conditions and more than half of the summer days under shade conditions.

At the end of this century, many European workers will very likely be affected by heat stress, not only due to the increase of heat exposure but also because such situations will become more frequent in large areas of the continent. Currently, only at a few locations in the Mediterranean area up to 20% of summer working hours are lost under sunny conditions. By the end of this century, under the high-end scenario of climate change, Southern Europe will experience a widespread loss of working hours by at least 15%, reaching more than 50% in some locations in Spain, Italy, Greece and Cyprus.

In northern Europe, on the other hand, future warming might increase outside labour productivity during the winter months, thus compensating the loss in summer due to high temperatures.

In this study, the urban heat island effect is not fully accounted for. Future heat exposure in urban areas may be quite different. The urban heat island effect is, for instance, associated with warmer nights in urban compared to rural areas. The number of high-heat-stress nights is projected to increase in particular in urban areas. As a result, urban citizens might not recover from the daytime heat and might subsequently not be able to handle any extreme heat the following day. The results presented in this study should be regarded as a lower bound of future heat risk in urban areas.