Multiyear droughts on the rise in European river catchments 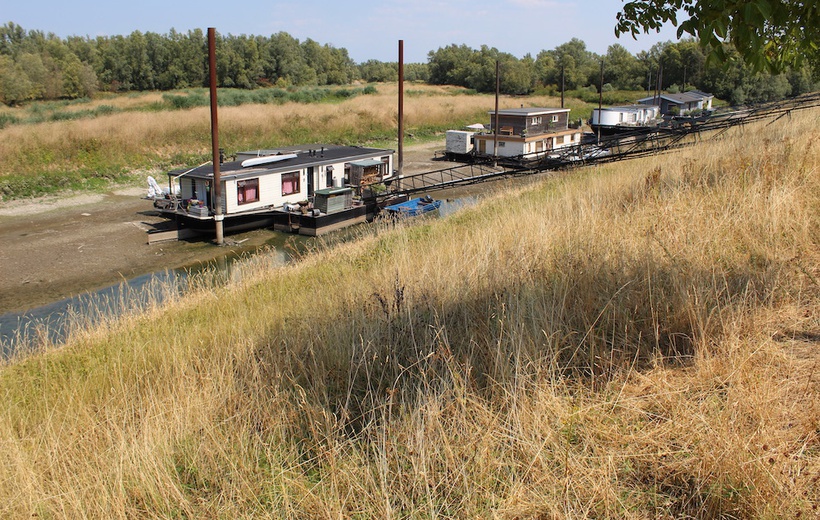 Photo: Houseboats in a dry side channel of the Dutch Rhine during the drought of 2018

Duration and intensity of droughts in European river catchments seem to be changing. Clearly, they are becoming more intense and last longer in southern and eastern Europe, and these changes are expected to become more pronounced in the future. What about central and north-western Europe?

Changes in multiyear droughts, those that last longer than 365 days, are particularly relevant because of their strong impacts on society. Time series of river discharge observations are generally too short to find trends over the past decades, given the fact that these events are rare. This problem can be overcome by using a ‘smart trick’: long time series of river discharge can be generated that have the same statistical properties as the observations and are long enough to include sufficient rare drought events. This was done for 508 catchments in central and north-western Europe, including France, the Alps, the UK, Germany, and the western part of Scandinavia. The observations cover the period 1982-2015; the generated time series is 1,500 years long.

Multiyear droughts in the current climate

The results show that river catchments in south-eastern England, southern and western France, southern Germany, the northern part of Switzerland, and Denmark are prone to multiyear droughts in the current climate. In these regions, the discharge seasonality is mostly influenced by rainfall. In contrast, catchments in Alpine and Nordic regions were not found to be prone to multiyear events. Droughts in Scandinavia and the Alps are characterized by short durations because stream flow droughts typically end in April–July when snowmelt dominates and stores are refilled. These results agree with findings of previous studies on the spatial variation in drought durations across Europe.

Catchments dominated by melt processes from snow and glaciers will still not be prone to multiyear events in future decades. These regions include catchments in the Alps, the northern UK, and large parts of Scandinavia.