No climate change impact on river discharge in Sweden 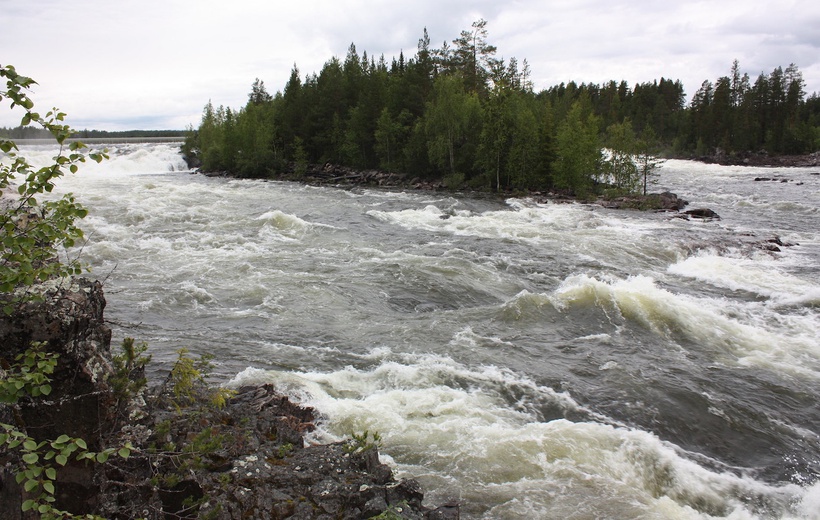 Changes in river flow may appear from shifts in land cover, constructions in the river channel and climatic change, but currently there is a lack of understanding of the relative importance of these drivers. One might expect changes in land cover to affect transpiration by trees and the retention of water in the soil, and thus the volumes of (ground)water flowing into the rivers and streams. Constructions directly change river flow, and climate change does so indirectly through changes in temperature, humidity and precipitation.

Scientists in Sweden collected gauged river flow time series from 1961 to 2018 from across Sweden for 34 disturbed catchments to quantify how the various types of disturbances have affected river flow. The time series were selected carefully, making sure that they represent several distinctly disturbed catchments for each type of change affecting river flow. At least four catchments with similar disturbance for each type of change were studied.

The catchments studied for climate change were otherwise undisturbed and not exposed to any major changes than climate. There were no systematic trends in the observed river flow from climate change, even though clear trends were found in precipitation and temperature. Only in one catchment a climate trend was detected beyond natural variability between years and decades.

The studied land cover changes are those from wildfires, storms and urbanization. No drastic shift in river flow volume could be related to these changes in the studied catchments. The impacts of tree removal by wildfires and storms are minor. This may be somewhat surprising, since other studies reported extensive effects on river flow due to changes in land cover. These studies, however, are from warm and dry climates, and cannot be compared with northern countries where snow is one of the dominant drivers of river flow.

There was an effect of urbanization: locally, peak flows have increased in the order of 20% due to urbanization.

With respect to constructions in river basins, the study focused on dams. Most rivers in Sweden are regulated with dams for hydropower production to store the snow melt during spring and release water throughout the year when electricity is needed. Today, hydropower amounts to half of the electricity supply for the country. As a consequence, the rivers are fragmented by in total some 1,800 hydropower plants across the country.

River regulation by dams has the largest impact on flow regime, with almost 100% reduction during spring flood near the dams and roughly half of that at the river outlets to the sea. Winter flow was increased by orders of magnitude.