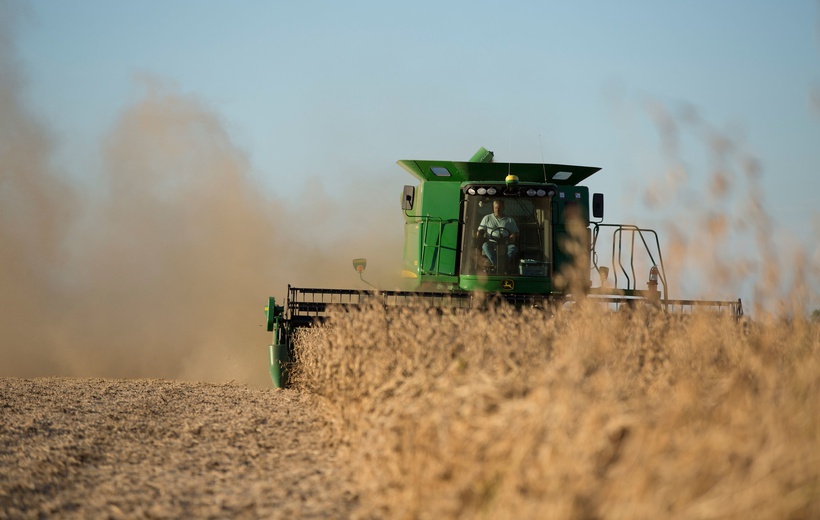 Global breadbaskets are the main global regions for food production. They include agricultural regions within the highest crop-producing countries: the United States, Argentina, Europe, Russia, Ukraine, China, India, Australia, Indonesia and Brazil. For wheat, maize, soybean and rice, these breadbaskets account for 56%, 56%, 73% and 38% of the total global food production, respectively.

Under ‘normal’ climatic circumstances, the global food system is resilient and local crop losses can be compensated through grain storage and trade. Crop yield failure due to extreme events in one of these regions can be compensated by food production elsewhere. The global food system may not be resilient enough, however, for a situation where multiple breadbaskets are being hit by extreme events at the same time. Higher prices may result that trigger political unrest, conflict and migration.

Scientists studied this important topic of the probability of multiple global breadbasket failures at the same time. They studied the situation in 1991-2012 in comparison with 1967-1990. Their conclusion: this probability has increased substantially on a global scale for wheat, maize, and soybean, and decreased for rice. The annual probability of all global breadbaskets experiencing climate risks simultaneously increased from 0.3% to 1.2% for wheat, from 0.8% to 1.1% for maize and from 1.7% to 2% for soybean. For rice, it decreased from 21.2% to 11.8% between the two periods. The scientists stress the dominant impact of high temperatures: the risks of extreme temperatures simultaneously hitting yield in multiple breadbaskets have increased more than the risks of precipitation extremes.

A clear link with climate change was not found, however.

Another group of scientists studied the atmospheric  patterns that may result in simultaneous heat extremes with negative impacts on crop yields in different parts of the northern hemisphere. These patterns are the dynamics of the waves in the jet stream, interacting with cyclones and anticyclones. This dynamics connects weather patterns in far-away regions. They concluded that climate change might influence this dynamics such that the risk of concurrent heat waves in major breadbasket regions of North America, Europe and Asia is enhanced.