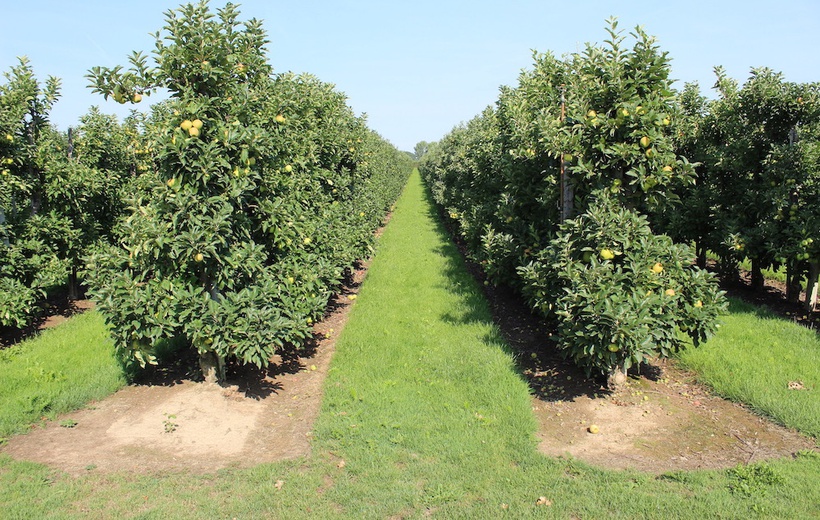 The number of frost days will likely decrease due to global warming and the blossoming of horticultural crops such as apple trees will start earlier in the season. This may seem like a beneficial effect of climate change, but it probably isn’t.

When crops blossom earlier, the risk increases of frost damages after blossom. A few frost days can lead to vast yield reductions. Also, the internal clock of apple trees that triggers blossom depends on various factors such as the temperature history during winter and spring, and the change in day length. The winter has to be cold enough for a number of days for trees to blossom successfully when spring arrives. If these so-called ‘chilling requirements’ are not fulfilled, great yield reductions can be expected.

Thus, climate change may negatively affect apple yields in two ways: the blossoming is less successful because the winter was too warm, and frost more often leads to damage because blossoming occurs earlier in spring. Such an extremely damaging series of frost nights occurred in Europe in April 2017 leading to overall economic losses of €3.3bn. After a relatively warm spring, fruit trees and whine crops were already in an advanced budding phase and thus, especially vulnerable to frost.

These climate change impacts have been studied for apple trees in Germany for a scenario of a 2°C warmer world compared with pre-industrial times. In this scenario a robust shift is projected towards 10 days earlier blossom compared with the current situation (2006-2015), and an increase in risk of frost damages of up to 10% relative to present day. In southern Germany, warmer winters may also lead to an increase in years in which apple yield is negatively affected by a lack of sufficient amount of cold days to trigger the seasonal response of the trees.