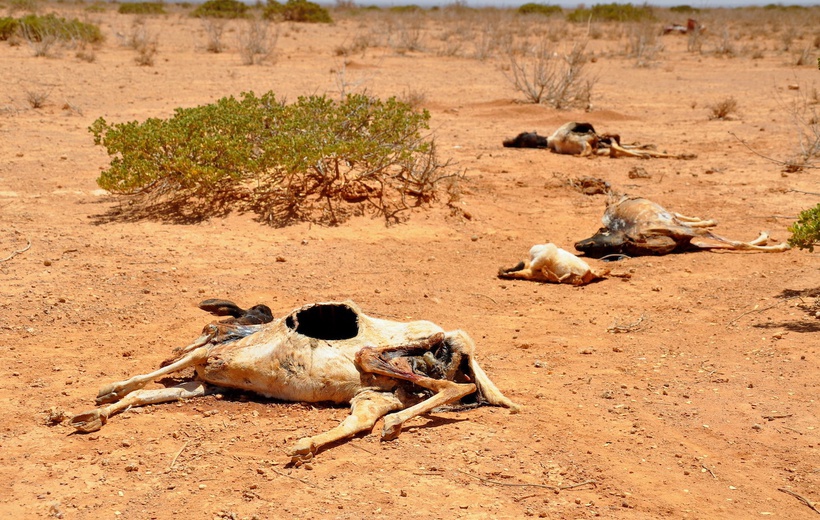 The impact of global warming on agricultural productivity has been suggested as a potential key factor of the decision to migrate. This is because, on the one hand, agriculture is the main source of income and employment in the rural areas of developing countries, where the majority of migrants come from. On the other hand, agriculture is the sector mostly affected by climate change with important implications for agricultural productivity, rural livelihoods and food security, especially in the developing world.

The role of agriculture in the impact of climate change on migration was studied for a large data set of 108 countries covering data from 1960 to 2010. In their approach, the experts looked for a causal relationship between changes in agricultural conditions driven by climatic shocks and migration outcomes. They also tested the role of other factors, such as overall income effects, conflicts, political instability and health issues, to make sure that it is really the agricultural channel through which climate change mainly impacts migration.

Agriculture is most vulnerable to weather changes. The more a country depends on agriculture, the stronger is the impact of weather anomalies on migration, some experts argue. Income in poor and middle-income countries, being largely dependent on the agricultural sector, therefore may be more affected by weather variability than incomes in more wealthy countries. Thus, the experts focused on these countries. A distinction was made in 60 poor and 48 middle-income countries. An important distinction: in poor countries people may not have the money to move and this may obscure climate change impacts.

The poor countries are characterized by an agricultural share over GDP (30.8%) that is more than twice higher than the middle-poor sample (12.5%). In principle the larger the importance of agriculture, the larger the potential impact of a climate shock in affecting the migration decision.

The results of this study show that negative climate-driven shocks to agriculture spur emigration from poor countries, but not from middle-poor ones. The impact on poor countries is at odds with the argument of many experts that poverty prevents the population in poor countries to emigrate. In poor countries, on average, climate-driven reduction in agricultural productivity of 1% from its decennial trend induces an increase in the emigration rate of about 4.5%, the study shows. Apparently, people are more likely to use migration as an adaptation response strategy in the poor and most vulnerable countries, where the agricultural sector represents the main income stream, technological adaptations are absent, and the population is more vulnerable to climate shocks.

The authors of this study conclude that their results support the idea that negative shocks to agricultural productivity caused by (long-run) weather variation, on average, positively affect net migration outflows.