Climate extremes have a strong impact on global agricultural yields 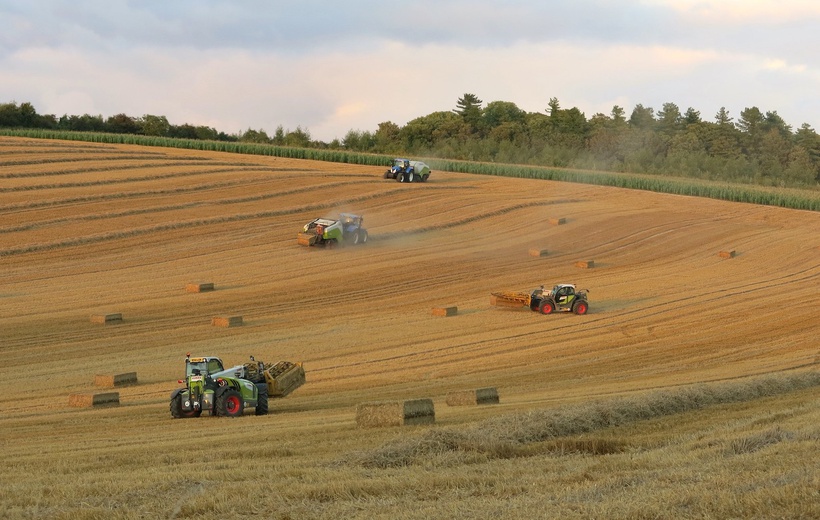 Climate extremes, such as droughts or heat waves, will occur more often, last longer and become more intense. It is important to understand how this impacts crop yields on a global scale so the resilience of the global food system can be enhanced. The vulnerability of crop yields on a global scale has been assessed for the period 1961 to 2008, and for the four major food crops maize, soybeans, rice, and (winter and spring) wheat. According to the authors, their study is the first global study on climate extremes impacts on crop yields based on yield data at sub-national scale.

Climate explains half of yield variability maize and spring wheat

Their results show that almost half of the variability in global maize (49%) and spring wheat (46%) yields can be explained by climate variability and climate extremes during the growing season. For the variability in rice and soybean yields this is about one quarter (rice: 28%) to one fifth (soybeans: 20%). More than half of this explained yield variability for maize, rice and soybeans, and nearly half of it for spring wheat can be related to climate extremes. Yield variability that cannot be related to climate variations is due to several other factors, such as soil properties, management decisions (irrigation rate, fertiliser use) and market factors.

For winter wheat the observed yield variations can be explained only for a minor part by climate variability and climate extremes. This is likely due to the comparatively long growing season spanning several seasons.

Variations in temperature are more important as a driver of yield variations than variations in precipitation (such as extreme precipitation or drought). Possibly, droughts only influence yields if they occur at larger spatial and temporal scales than the ones in this study, or droughts should be defined differently (as hydrological or agricultural droughts) than the definition used in this study (meteorological droughts). Anyway, the negative yield effects of high temperatures are intertwined with water stress and can be mitigated by irrigation.

Hotspot regions that are critical for global food production and particularly susceptible to the effects of climate extremes include North America for maize, spring wheat and soy production, Asia in the case of maize and rice production, and Europe for spring wheat production.