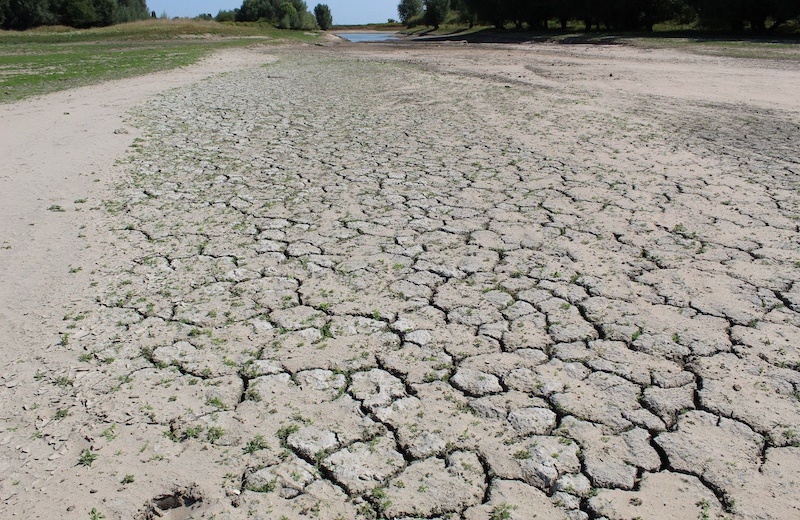 Man-made climate change has caused shifts in temperature and rainfall globally. It is to be expected that these shift have affected droughts on a global scale as well. Yet it is very complicated to detect human influence on global drought trends. This is due to the large natural variability compared with the climate change trends, and due to the fact that our records of drought observations are relatively short.

The challenge to find a human influence on droughts in the last decades has been addressed on a global scale over the period 1900-2017. Drought severity over this period has been reconstructed from tree ring data, and these data were compared with drought observations and climate model reconstructions. Two important conclusions can be drawn from these analyses.

A human influence, but not straightforward

First, the analyses do reveal a human influence on droughts since 1900, but not a continuous increasing trend. Three distinct periods were identified. In the first half of the century (1900-1949), a signal of greenhouse-gas-forced change is robustly detectable. Multiple observational datasets and reconstructions using data from tree rings confirm that human activities were probably affecting the worldwide risk of droughts as early as the beginning of the twentieth century. Around mid-century, however, from 1950 to 1975, tree ring data and climate reconstructions do not show any greenhouse gas influence on droughts. On the contrary: a trend of drought decrease is revealed. According to the authors of this study, it looks like air pollution (aerosols) and volcanic eruptions blocked sunlight and influenced rainfall such that the drought trend was reversed. The influence of greenhouse gases on drought increase re-emerged in recent decades (1981 to present) when air pollution declined, and this signal is likely to grow stronger in the next several decades.

Particularly clear at the global scale

Second, clear signals of drought increase, and decrease around mid-century, are only revealed by looking at the global scale. Simultaneous drying in Australia, Mexico and the Mediterranean, for example, is a stronger signal than drying in any one of those regions in isolation. On a regional scale, for instance focusing on Europe or North America only, natural variability is too large compared to the signal we're looking for. Still, changes at the regional scale do reflect the global signal: positive trends in the early half of the twentieth century, negative trends at mid-twentieth century, and positive trends again since the 1980’s.