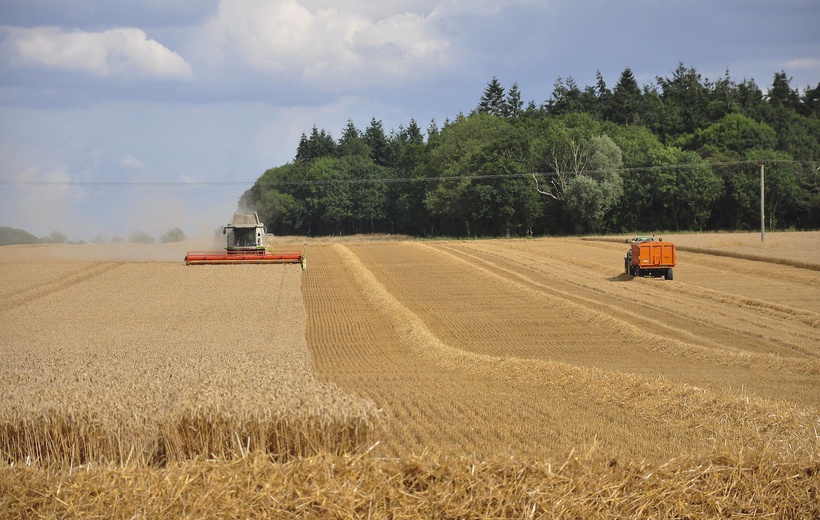 Global climate change impacts on crop yields up to the 2050s can be small for rice and wheat, and modest for maize, provided farmers adopt practices and technologies such as improved varieties, planting at optimal times, and improved water and fertilizer management. This conclusion was drawn from a review of 157 studies from across the world.

Over the last decades, a large number of scientific studies have been carried out on climate change impacts on crop yields. In a review study, the results of 157 of these studies from across the world, published in the period 1984 to 2016, were combined to assess climate change impacts on the yields of three major crops: wheat, maize and rice. In addition to potential impacts, also the effects of different adaptation strategies to mitigate these impacts were studied. This was done for every country across the world.

Without adaptation, losses in crop yields due to climate change are high and increase with time. Mean global wheat and rice yield losses increase from 6% in the 2020s to 12% - 15% by 2080s, compared with the reference period of 1960-1990. Similarly, for maize, the combination of 157 studies shows an increase from 9% losses in the 2020s to 20% in the 2080s. Low latitudes generally show higher yield losses except for wheat, which shows only a small reduction until the 2050s.

Adaptation can significantly mitigate these impacts. After considering farmers’ adaptation, climate change yield losses are relatively small, especially for wheat and rice. For wheat, global yield losses are 1% in the 2020s and 4% in the 2080s. For rice and maize global yield losses are 3% (2020s) to 6% (2080s), and 6% (2020s) to 13% (2080s), respectively. With adaptation, climate change impacts are not major issues for the production of wheat, rice and maize for many countries until the 2050s.

Several previous studies have shown that food security under climate change is less vulnerable in temperate, high-income countries than in tropical, low-income countries of Asia, Africa and Latin America. The global assessment of these 157 studies shows that such differences may not necessarily be large or significant across political, economic and climatic regions if the right adaptation measures are implemented. Adaptation can help to reduce inter-regional differences.

Out of the assessed adaptation measures, the most effective are improved application of nutrients and improved irrigation. These measures can largely reduce climate change impacts on maize, rice and wheat yields. Other measures, such as changing planting dates and cultivars, are less effective.

There will still be food production gaps (supply rates lower than projected demand) in the future; for wheat in top-producing countries in Europe and Asia, Sub-Saharan Africa, and North America, and for rice in a few Central Asian countries. For wheat and rice, the additional impact of climate change, after adaptation, is small however. For maize, many countries of Sub-Saharan Africa and South Asia are primary hotspots where the production gap may increase due to climate change. For all crops combined, yields in the Middle East and Africa will be significantly more impacted compared to other regions.

Good news, with a side note

The good news is that with adaptation, climate change doesn't have to add significantly to the challenge of food production for the majority of countries except for some potential hotspots distributed around the world. Especially in vulnerable, low-latitude countries there is considerable scope for increasing yields. However, massive investment, policy, and institutional support will be needed to facilitate adoption and scaling-out of such practices, and to address climatic variability. The economic costs and institutional support for these adaptation strategies could be a constraint for many lower-income countries.