Devastating Bluetongue outbreaks under future climates can be avoided 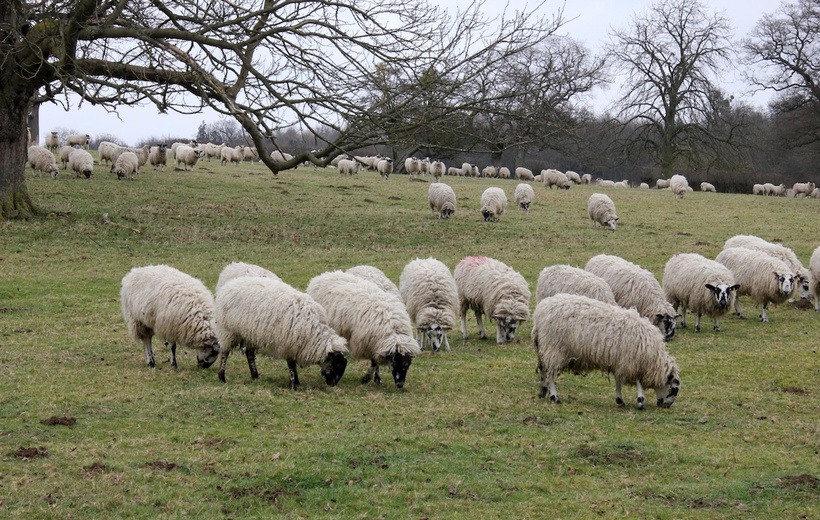 Bluetongue disease outbreaks have occurred in northern Europe since August 2006. The disease mainly affects sheep. The virus responsible for the disease formerly occurred in South Africa. It has been able to spread in Europe because it is also transmitted by endemic biting midges. The spread of bluetongue virus in sheep across Europe has been partly attributed to climate change: midge population size, mortality rate and biting rate are temperature-dependent, as is the virus replication rate, which governs the time taken for an infected vector to become infectious.

In 2007, a large outbreak affected England and Wales. For these areas, future Bluetongue disease risk has been assessed by simulating outbreaks under future climatic conditions. Two scenarios of climate change were used: a moderate and high-end scenario. The results show that by 2100, bluetongue risk extends further north, the transmission season lengthens by up to three months and outbreaks are larger on average.

Future Bluetongue outbreaks in England and Wales may be double the current size by the 2050s. By the 2080s, outbreaks may be slightly higher than double the current size for the moderate scenario of climate change, while a more dramatic increase is projected for the high-end scenario. Under the latter scenario, a 1 in 20-year outbreak at present-day temperatures becomes typical by the 2070s.

There is a silver lining, however. Animal movement restrictions are sufficient to prevent truly devastating outbreaks. Without these restrictions, a future unlikely ‘worst-case scenario’ could have an outbreak size of more than 61,400 farms (53% of all farms) in high-farm-density areas of England and Wales. With movement restrictions in place, this number would be ‘only’ 3,000 farms.

Thus, efficient detection and control measures to limit the spread of vector-borne diseases will be increasingly vital in future, warmer climates.