The loss of glaciers creates opportunities for water storage and hydropower 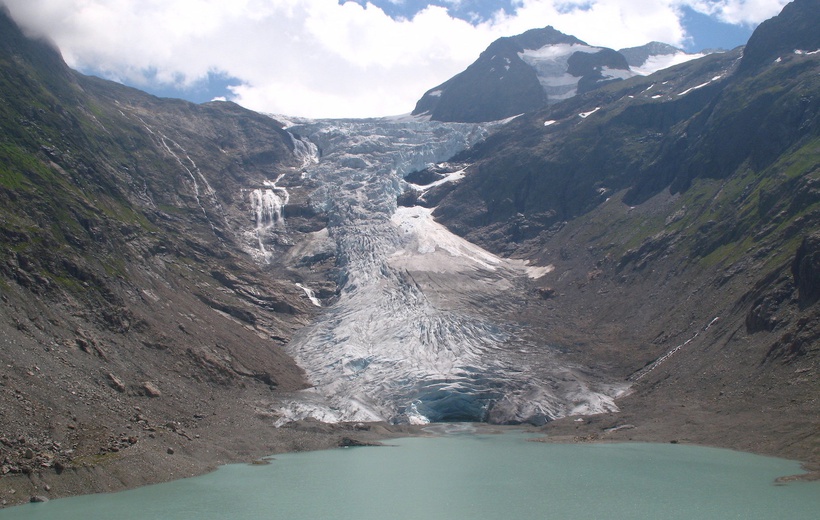 Glaciers will lose a substantial fraction of their volume this century. They may even disappear almost completely in many regions under a high-end scenario of climate change. The negative impacts include changing water availability for communities that depend on the glaciers’ melt water, and hazards due to changing rock stability.

Dams for water supply and hydropower

The ice-free basins that will appear may provide opportunities as well, scientists reported in Nature. Dams can be built there, thus creating the possibility to store water to supply millions of people living downstream of mountain ranges, and to produce energy through hydropower. The lack of established human land use, the relatively simple ecosystem structures and the possibility of natural lake emergence may help to alleviate some of the environmental and social concerns typically associated with hydropower development.

At a global scale, scientists have quantified the potential water storage volume and hydropower production of glacierized areas that are projected to become ice-free this century. They did so for roughly 185,000 sites that are glacierized at present, by modelling the evolution of glaciers and analysing the topography of the landscape that will emerge. For this century they estimate a theoretical maximal total water storage and hydropower potential of 875 cubic kilometres and 1,355 terawatt-hours per year, respectively. This is equivalent to 7% of the global total electricity consumption as of 2015, or 35% of the global hydropower production.

Not all of this theoretical potential can be used. Many locations are not suitable to build a dam for environmental, technical and economic reasons. When these factors are taken into account, roughly 40 per cent of this theoretical potential can indeed be realized: 355 ± 105 cubic kilometres of fresh water and 533 ± 200 terawatt-hours per year. Three quarters of the potential storage volume is expected to become ice-free by 2050. The highest potentials are located in Canada, the US, China, India and Norway. For the European countries Iceland, Norway and Switzerland the potential equals 10–23% of their present electricity consumption.

In addition to providing hydropower energy, artificial reservoirs may play a role in mitigating changes in seasonal water availability and related water stress. As glaciers shrink, so does their ability to store snow and ice over long time periods, and to release the corresponding water during the melt season. Reservoirs might imitate this storage function, to the benefit of arid regions relying on melt water during the dry season. The globally aggregated reservoir volume corresponds to 48% of the average annual runoff from the contributing glacier catchments. The potential of dams for water management in such sites is thus substantial.