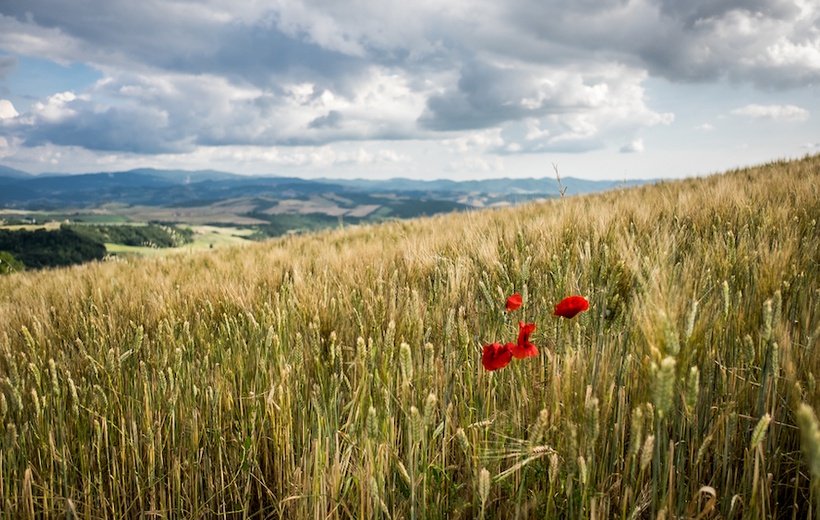 Projected warming and drying trends over the Mediterranean region represent a substantial threat for wheat production. The impact of climate change on rainfed winter wheat production in Portugal is an example of what is projected for southern Europe in general.

Vulnerable due to spring heat and drought

Winter wheat production in Portugal is mainly concentrated in the South. It is typically sown in November and harvested in June of the next year. Weather conditions in spring are especially critical, when the crop enters its grain filling and ripening stages. Low precipitation and extremely high temperatures during this critical growing period, not uncommon in spring in southern Europe, can lead to detrimental effects on final grain yield.

Observed climate conditions in southern Portugal have shown a clear trend toward a more arid climate, with increased mean temperature and decreased precipitation, particularly in spring. The observed warming and drying trends are likely to be strengthened in future climates.

Winter wheat yield response to potential climate change has been assessed for the major wheat production region of Portugal. Climate projections for the periods 2021 - 2050 and 2051 - 2080 were used for this assessment, based on several combinations of global and regional climate models, and a moderate and high-end scenario of climate change. Projections of wheat yield in these future periods were compared with conditions in 1981 – 2010 as a reference.

According to the results, intensification of water deficits and more frequent high-temperature events during late spring (April–June), coinciding with the sensitive grain filling stage, primarily result in continuous mean yield losses. For 2021 – 2050 projected losses are the same for the moderate and high-end scenario of climate change: 14% on average. For 2021 - 2050 the average value of projected losses is higher for the high-end (27%) than for the moderate scenario (17%).

But climate change doesn’t have to result in wheat yield loss. There are ways to adapt to the changing climate. The effectiveness of two different strategies has been assessed for Portugal: (1) using early flowering cultivars, and (2) advancing sowing dates. The objective of both strategies is the same: to make sure that the grain filling and ripening stages are completed before water and heat stress kick in.

Using earlier flowering cultivars seems to be the most effective strategy. The adopted early flowering cultivars successfully advance grain filling, which reduces or avoids the risks of exposure to enhanced drought and heat stresses in late spring. As a result, yield gains are projected for 2021 - 2050 of 26 to 38% for the moderate and high-end scenario, respectively. More-or-less similar yield gains are projected for 2051 - 2080. Thus, this strategy more than compensates the possible impacts of climate change for these future periods.

In contrast, wheat yield seems to be less responsive to early sowings: projected yield improvement for this strategy is only 6-10%, probably not enough to counteract the negative impact of climate change. The lower performance of this adaptation strategy seems to be due to its limited effects to advance grain filling to avoid intensified drought and heat stress in late spring.

Thus, the development and implementation of early flowering cultivars may help maintain and increase local grain yield productions in future climates for the major wheat production region of Portugal, along with likely effects for regions with similar Mediterranean-type climates.