On a global scale, landslide hazard doesn't seem to be increasing due to climate change 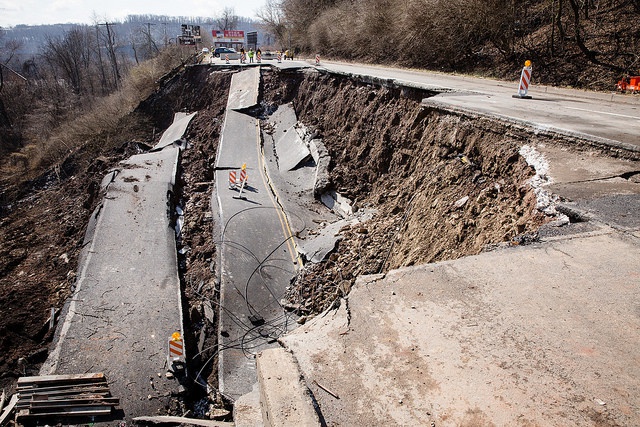 Landslides are a significant global hazard. Estimates show that ca. 14% of total global casualties from natural hazards are attributed to slope failure. There are three mechanisms that induce landslides: earthquakes, rainfall, and human activities.

The data do not show a clear long-term increase or decrease in global landslide impact; rather, the record shows that the number of landslides varies strongly from one year to another on a global scale. The data show that landslide occurrence triggered by human activity is increasing, in particular in relation to construction, illegal mining and hill cutting. This supports notions that, on a global scale, human disturbance may be more detrimental to future landslide incidence than climate change. Things are different in the mountains, however: glacial retreat and permafrost degradation will increase slope instabilities in high mountain areas in the long term.