Even if we reach the Paris Agreement targets, droughts will still strongly increase 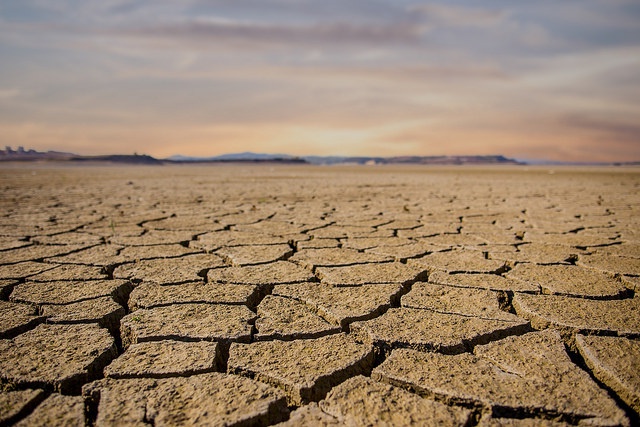 The intensity and frequency of droughts that last for several months will probably increase in several parts of the world, including the Mediterranean. In these regions, the combined effect of water evaporating from the soil and water being transpired by plants is not balanced by a significant precipitation increase. At these spots, global warming generally increases drought conditions.

The mitigation targets in the Paris Agreement

Changes in drought conditions over 12-month periods on a global scale have been studied for 1.5 and 2°C global warming levels. These levels are the mitigation targets in the Paris Agreement. In addition, changes have been studied for 3°C global warming, which is closer to what is expected by the end of the 21st century if current emission trends are retained. This was done for a number of climate projections that, in combination, address the uncertainty in the climate projections of a large number of climate models.

This study shows that as a result of 1.5 to 2°C global warming, prolonged droughts will happen 5 to 10 times more frequent for most of Africa, aside the zone around the equator, but also the Caribbean, Central America, Central and West Asia, Oceania, and north-west China. They will also occur far more frequent in southern Europe, large parts of western and eastern Europe, southern and central United States, Chile, and central and eastern regions of Brazil. Current 1-in-100-year droughts would occur every two to five years. At these warming levels, the magnitude of droughts is likely to double in 30% of the global landmass.

Two thirds of the world population will be affected

Approximately two thirds of the world population will experience progressively longer and more frequent droughts as a result of global warming. The study indicates that global mean drought length progressively increases with warming. Global warming has already reached almost 1°C. A further increase up to 1.5°C will increase the length of these droughts by a month. The increase of global mean drought length rapidly accelerates when global warming further increases up to 3°C of global warming: up to 4.2 months for each °C warming. This acceleration in drought duration could lead to more frequent mega-droughts (a decade-scale drought) like we haven’t observed often in the past. Examples of these mega-droughts are the dust bowl in the United States, the persistent drought in the Sahel, or the recent “Millennium Drought” in southeast Australia.

Exceptions to the rule

There are, however, also regions in the world that will not suffer from increasing droughts. In parts of the globe the supply of water outweighs continental drying and the water balance will not progressively decline. These regions include northern Europe, the south-eastern part of South America, Central Africa, Canada, the Russian Federation, and China (except the north-west).