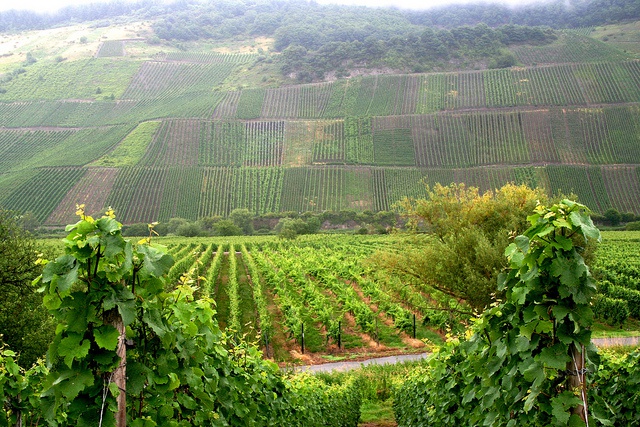 Bud break may occur up to 1 month earlier in German vineyards by the end of this century (photo: Megan Cole, www.flickr.com).

Warmer temperatures will lead to an earlier occurrence of grapevine bud break and flowering. This may have a negative impact on grape yield and quality, and, therefore, on Europe’s most famous wine-producing regions. Consequently, a shift may result from current suitable areas towards new ones in the future.

Frost impact varies from one variety to another

Bud break is the moment when grapes start their annual growth cycle. The timing of phenological stages like bud break and flowering is different for different grape varieties. The vulnerability of grape varieties to climate change, therefore, also varies from one variety to another. Frost risk will be larger for varieties with early bud break than for those with late bud break. The effect of frost events at bud break stage is the most important factor for the selection of grape varieties. The changing likelihood of frost events due to global warming will reshape the distribution of grapevine varieties in Europe.

The impact of climate change on different grape varieties was studied for grapes characterized by very early, early, middle-early and late cycles of bud break and flowering. For all these varieties bud break and flowering will occur earlier in future decades. The study shows that this shift is more pronounced in central and eastern regions of Europe than in others parts of Europe.

Up to a month earlier bud break

In Germany a shift of 28 to 31 days earlier bud break is estimated for the end of this century compared with the present situation under a high-end scenario of climate change for all grape varieties considered. In Spain this estimated bud break shift is 7-11 days. The estimated spring advancement of flowering is a little less than the advancement of bud break, with the largest shift in France: up to 18-21 days at the end of this century for all varieties under the high-end scenario of climate change.

For most of Europe spring frost risk decreases

For grape yield and quality, frost risk at the moment of bud break is particularly critical. The likelihood of a frost event during bud break depends on the speed of advancement of warmer temperatures relative to the predicted earlier bud break. For central Europe this frost risk is estimated to increase under a moderate, and decrease under a high-end scenario of climate change. For Atlantic Europe, notably France, Spain and the UK, a marked reduction of frost risk is predicted under both scenarios of climate change.

According to this study a warmer climate leads to a general decrease of frost events frequency especially in Mediterranean regions and on the northern fringes of Europe, while in eastern regions (such as Germany) these events are expected to occur more often.