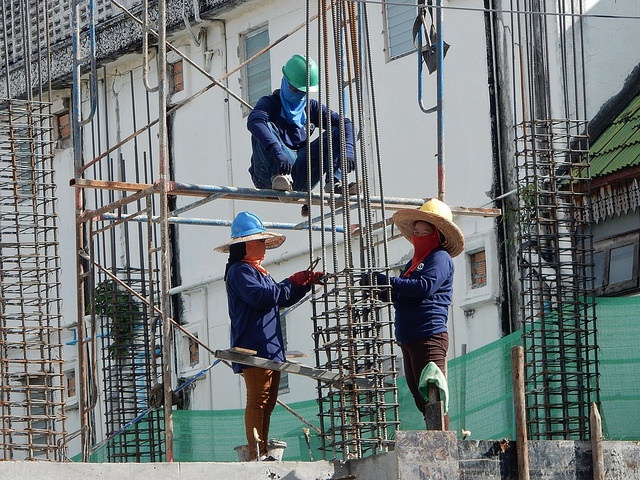 More and more, the health, wellbeing and sustainability of human communities in already hot parts of this planet will suffer from the increasing heat levels as a result of climate change. The continuing heating will substantially reduce labour productivity in widening parts of the world as well. A recent study shows that especially in tropical and sub-tropical areas several percent of annual working hours will be lost because of the heat at the end of this century.

In this study the impacts of climate change on daylight working hours was quantified globally for mid-century and for the end of this century under a low-end and moderate scenario of climate change. Projections of several climate models were used for this; these projections were combined with data on population in different age groups to estimate the impact on the working part of the population. Focus was on in-shade, moderately heavy physical work (industry).

Today, tropical and sub-tropical areas already experience serious heat stress, and this will increase. Even relatively little global warming of 1.5 °C will increase the loss of daylight working hours due to heat stress in many tropical areas from less than 2% on an annual basis now up to more than 6% at the end of the century. A (more realistic) global warming of 2.7 °C will double the heat impact on work in such areas.

Not only the tropics and subtropics, but also the southern parts of Europe and the USA will be affected. In the USA, 2.7 °C global warming will increase the loss of working hours due to heat stress from 0.17% on an annual basis now to more than 1.3% at the end of the century for all activities that may be considered ‘moderately heavy physical work’. India is much more affected already now (2% loss), and this may increase to 8% at the end of the century for 2.7 °C global warming. China has values between these two countries. Cambodia is one of the most affected countries with losses up to 11%. Overall, the impact for Europe is relatively small.