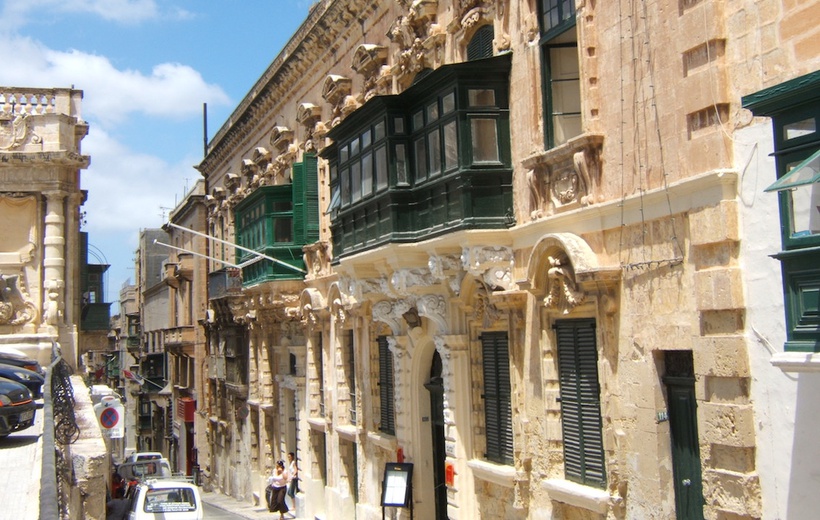 Photo: Valleta, the capital city of Malta, is in the top 100 European cities with strongest hazards increase due to climate change

Over 75% of the population of the European Union lives in urban areas, and this percentage is expected to grow to 82% by 2050. Needless to say it’s important to know how droughts, heat waves and floods in Europe’s cities will change. This has been assessed for 571 European cities under a high-end scenario of climate change. The results are based on 50 climate model projections. Changes refer to the future period 2051 – 2100 in comparison to the historical period 1951 - 2000.

In this study heat waves are defined as three consecutive days where both maximum and minimum temperature exceed the upper 5% of these values for the historical period. According to the results all European cities will experience more frequent and hotter heat waves. The cities in Southern Europe see the largest increase in the number of heat wave days, possibly up to 69%. Projected increase of maximum temperature during heat waves is largest in central European cities, however, even up to 14°C (for Innsbruck in Austria). In this part of Europe both infrastructure and populace are generally not adapted to extreme heat.

The severity of a drought is defined in this study as the accumulated precipitation deficit relative to mean annual rainfall. Southern European cities will see an increase in drought conditions: future droughts may get up to 14 times worse than the ones in the historical period. To a certain extent this region may be adapted to drought. The projected upper level of change is likely to be beyond breaking point in many cases, however. This supports recent analysis of the potential for a mega drought in major Iberian water resource regions. For mid and northern latitude cities it is very unlikely that droughts will get much worse than the ones in the historical period.

In this study a flood is defined as the maximum discharge that occurs on average once every 10 years. Floods were only considered for cities with a river that has a catchment area of at least 500 km2. Increases in river flooding are most prevalent in north-western Europe, and are particularly worrying for the British Isles and several other European cities which could observe more than a 50% increase of their 10 year high river flow. One should be aware, however, that snowpack and melting processes are not accounted for in this study; this may affect the results for Scandinavian and Alpine cities.

Capital cities that are among the top 100 for one or more hazards according to this study, are Dublin, Helsinki, Riga, Vilnius, and Zagreb for river flooding, Stockholm and Rome for the increase of the number of heat wave days, Prague and Vienna for the increase of maximum temperature during heat waves, Lisbon and Madrid for droughts, and Athens, Nicosia, Valleta and Sofia for both the number of heat wave days and the severity of droughts.

We know a lot about the benefits of adapting to flood risk. Adapting cities to heat waves is more complicated, both in design and with respect to quantifying benefits and costs. In Southern Europe, adapting to some of the projected changes could only be achieved by a fundamental, and expensive, re-engineering of each city or water resource system, as significant adaptation to climate extremes has already been implemented and radical changes will be needed to achieve more. In Central Europe, by contrast, there should be capacity and economic resources to support adaptation.