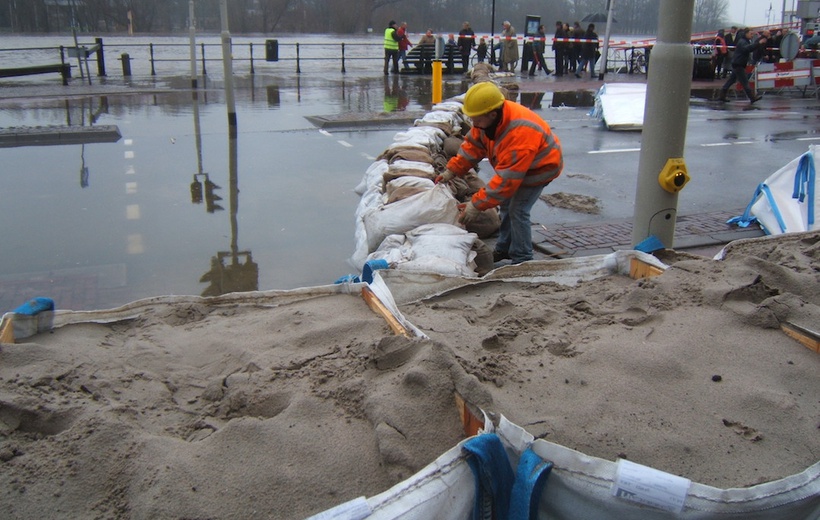 Severe river floods often result in huge economic losses and fatalities. During the period 1950-2015, these events affected around 18 million people and caused economic losses of approximately 133 billion USD in Europe.

Lower flood peaks in the North and the South

By the end of the 21st century, climate change is projected to alter European floods in complex ways. Decreases in flood peaks are reported for Northern Europe and the Mediterranean. For Northern Europe this is due to increased temperatures that reduce snow accumulation in winter leading to less melting water in spring. For the Mediterranean this is due to strong decreases in annual precipitation. Different signs of change are in general reported for Central Europe and the British Isles.

The impact of the Paris Agreement

The Paris Agreement sets out actions to limit global warming well below 2°C, and preferably below 1.5°C. The impact of climate change on European floods was studied for these levels of global warming, and for 3°C global warming. The period 1971-2000 was selected to represent present-day conditions. Two flood indicators were studied: high flows (the height of the river flow that is exceeded 10% of the time), and floods (the annual maximum flow). Only river basins with a contributing area larger than 1000 km2 were considered.

Lower flood peaks but increasing high flows in the North

The study indicates that both high flows and floods will decrease in the Mediterranean, up to -31% and -17% respectively (at 3°C global warming), as a result of a decrease in total annual precipitation. Particular hotspots of projected changes in the Mediterranean region are the Iberian Peninsula and the Balkans. In Northern regions, high flows are projected to increase due to increasing precipitation (up to 12% under 3°C global warming), but floods are projected to decrease due to less snowmelt (up to -5% under 3°C global warming). Atlantic and Continental Europe can be considered as a transition zone between decreases in Southern and increases in Northern Europe. Projected changes in these regions are generally less than 10% in magnitude. These results are in line with previous studies.