What are the climate change impacts European Road Authorities have to adapt to? 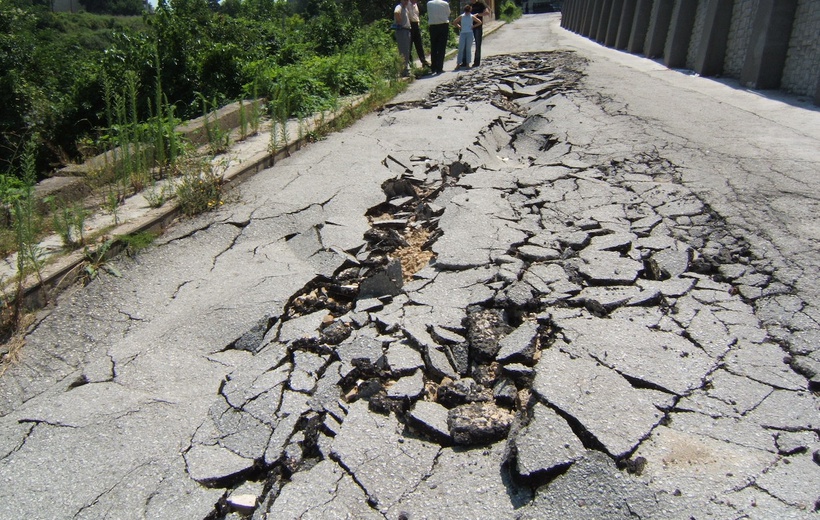 European Road Authorities, like all of us, have to adapt to climate change. To begin with, they need to know what impacts they have to adapt to, and when. For European transport networks, landslides are the most devastating events. Damages associated with rutting, blow-ups, and landslides cause substantial budget spending on maintenance, repair, reinforcement, and design work. An assessment of these impacts was carried out for cold winters in Northern Europe (Scandinavia and the Baltic States), for hot summers in the South (Iberian Peninsula), and for extreme weather events in Central Europe.

Future changes in the North and the South of Europe were addressed by using global climate models, and a moderate and high-end scenario of climate change. Future changes in Central Europe were addressed by downscaling the global model projections with regional climate models, thus allowing for more geographical detail; this was done for the moderate scenario of climate change only. Projections were made for two future periods: the near future (2021 - 2050) and the remote future (2071 - 2100).

Classic winter maintenance work in Northern Europe includes snow and ice clearance, spreading salt, and mending cracks and bumps in roads caused by frost, falling rocks and frost heave. This work will become less important along with climate change, but other threats may appear. Ground stability at higher altitudes will decrease, causing falling rocks and landslides at altitudes that have not been jeopardized by such threats so far.

Rutting of asphalt pavements and blow-ups of concrete roads are linked to heat waves. Roads are particularly prone to rutting and blow-ups if heat waves are made up of uninterrupted successions of hot days with air temperatures over 30 °C intersected by tropical nights with temperatures over 20 °C. These conditions hamper the cooling of roads and hence promote the accumulation of heat energy in road surfaces.

These impacts are not limited to the South. Recent, deadly accidents caused by blow-ups and deterioration of German highways due to increased frequencies of heat spells in Central Europe have raised the attention of the media.

Central Europe: more landslides by 2050, more rutting and blow-ups by 2100

Landslides, rutting, and blow-up events in Central Europe will occur more frequently throughout the twenty-first century, and will impact Central European transport infrastructure more severely than in the past. The study shows that already in the near future, landslide-triggering events will increase over the entire region. In some areas, on average, up to six more landslide-triggering climate events may occur annually, compared to the current situation.

For most regions in Central Europe, the occurrence frequency of weather conditions that may lead to rutting/blow-up events will increase only slightly in the near future. In the remote future period, however, these weather events are projected to occur substantially more often, on average up to about seven days per year. The spread in the model results is quite large, indicating that this frequency may even be up to 20 days per year at the end of this century.

In general, the regions where landslides are projected to occur more frequently show relatively little increase in the frequency of rutting/blow-up events. This may be related to topography: high-intensity precipitation events, leading to landslides, are often related to mountainous areas, while high temperature conditions occur more frequent at lower altitudes.

All risks to transport infrastructure are increasing

All analyzed risks to transport infrastructure are found to increase over the decades ahead with accelerating pace towards the end of this century. In Central Europe, this acceleration is more obvious for rutting and blow-ups than for landslides. In Northern Europe, winter temperatures increase with less pace than summer temperatures in the Iberian Peninsula.