Without global warming, current crop yields would have been higher 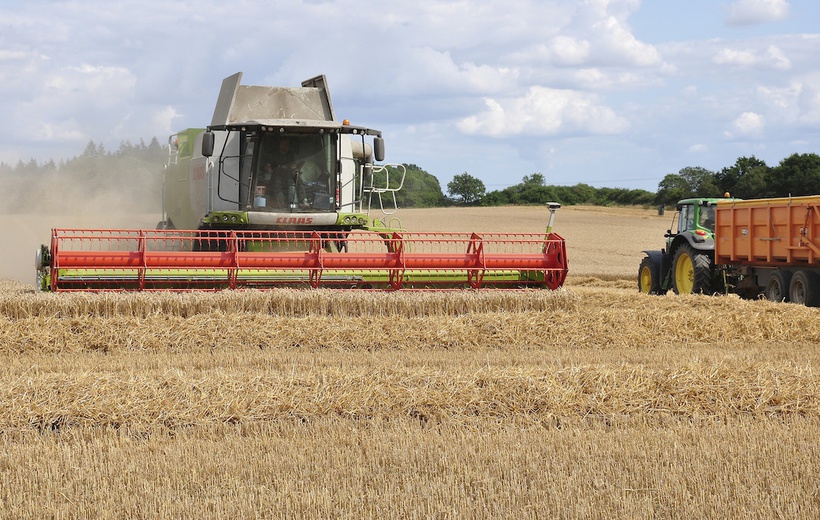 Without global warming, yields of maize, wheat and soybeans would have been higher, according to a recent study (photo: Martin Pettitt, www.flickr.com)

What are the impacts so far of climate change on the global average yields of maize, rice, wheat and soybeans, the four major crops for global food production? This has been estimated in a study focused on two situations: the yields for the actual conditions in the period 1981 - 2010, and a counterfactual simulation representing a preindustrial climate without human influences on the global climate. These estimates include both yields under rainfed and irrigated conditions.

The model simulations suggest that without climate change, current global mean yields of maize, wheat and soybeans would have been 4.1, 1.8 and 4.5% higher, respectively. For rice, no significant impacts were detected. The uncertainties in these estimated yield impacts are large, however. For maize, the 90% probability interval is -8.5 to +0.5% (- indicating a yield loss, + an increase). For wheat and soybeans these intervals are -7.5 to +4.3%, and -8.4 to -0.5%, respectively.

On a global scale, global warming so far seems to have increased crop yields at the mid and high latitudes, and decreased at the low latitudes. This pattern was observed for all of the crops. In the low latitudes current temperatures are already high, and warming has led more crops to be exposed to physiologically critical temperatures. In the high latitudes, where low temperatures and snow cover are the primary limiting factors for crop production, the warming has benefited crop growth. The mid-latitudes are in the transition zone between the changes that have occurred in the low and high latitudes. The role of temperature change on yield impacts seems to dominate over that of precipitation change, consistent with earlier studies. In Europe, precipitation changes (more droughts) are very important in the Mediterranean, however.

Global warming so far has had a negative impact on recent yields in 31% of the global areas where maize is being grown today, according to this study. For wheat and soybeans these numbers are 14 and 25%, respectively. By contrast, in 5 - 9% of the harvested area worldwide crop yields have benefitted from climate change.

The aforementioned negative impacts of climate change do not imply that crop yields have actually decreased over the last decades. On the contrary, crop yields have increased globally during the last half-century, driven by technological improvements. A negative yield impact as a result of global warming implies that the increasing yield trends have slowed down compared to the yields we would have had without global warming.