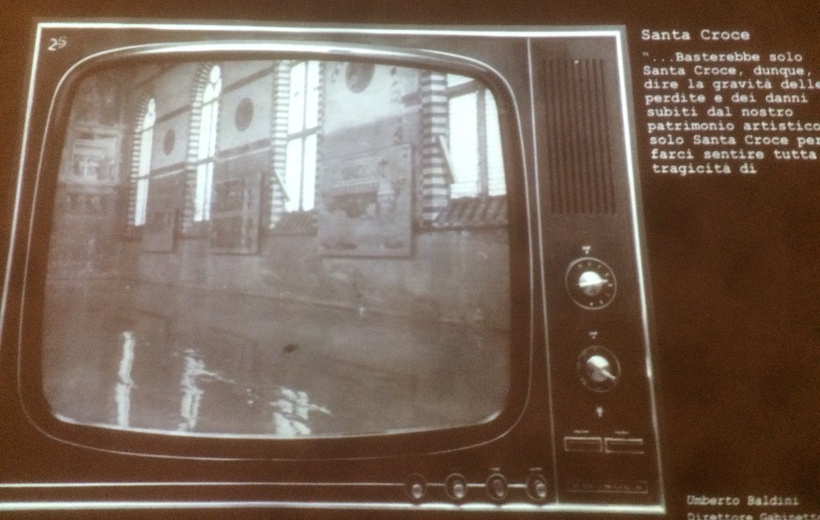 Photo: Video footage in a museum in Florence, Italy, shows the 5 m high flood marks on the wall in this museum after the 1966 river flood. Extreme river flows will occur more frequent in most parts of the world.

The Paris targets agreed upon in 2015 aim to limit global warming to ‘well below 2 °C and to pursue efforts to limit the temperature increase to 1.5 °C above pre-industrial levels’. The impacts of these global warming scenarios on global peak river flows was studied for peak flows with a 100 year return period.

According to this study, in most regions of the world peak river flows that currently occur once every 100 years occur more frequent at 1.5 °C global warming, and this frequency further increases at 2.0 °C warming. These regions include South America (Amazon catchment), central Africa, central-western Europe, the south of the US (Mississippi river area), central Asia, and Siberian catchments. In these regions, the frequency of the current 1-in-100 year flow typically shifts to once in 70-90 years at 1.5 °C, and once in 50 years at 2.0 °C global warming. The current 1-in-100 year flow becomes even more common in most of central and eastern China, the southern part of the Amazon catchment, the Blue Nile, and in northern India: once in 50-60 years at 1.5 °C warming, and once in 25-35 years at 2 °C warming. Frequency changes are small for North America and eastern Europe.

Some world regions see a decrease in the frequency of high flows between the present day and 1.5 °C or 2.0 °C warming. These regions are located in the northern part of South America, areas of the western coast of the United States (Colorado River) and Canada, South Africa (Orange River), Scandinavia, and in some parts of eastern Europe. In most of these regions, according to this study, the current 1-in-100 year flow decreases in frequency to approximately 1-in-150 years, with little further decrease at 2.0 °C.

The authors of this study relate these changes to a decreasing role of snowmelt in the generation of high flows as snow accumulation reduces, and to a more dominant role of extreme precipitation. The latter results in a progressive increase in the frequency of high flows in large parts of the world, despite a reduction in the number of rain days. This suggests an intensification of hydrological extremes in these regions. In fact, more frequent peak river flows and more frequent droughts can go hand in hand: in some world regions both an increase in high flow frequencies and a decrease in mean river flow accompanied by major drought hazards is projected for 2.0 °C global warming.