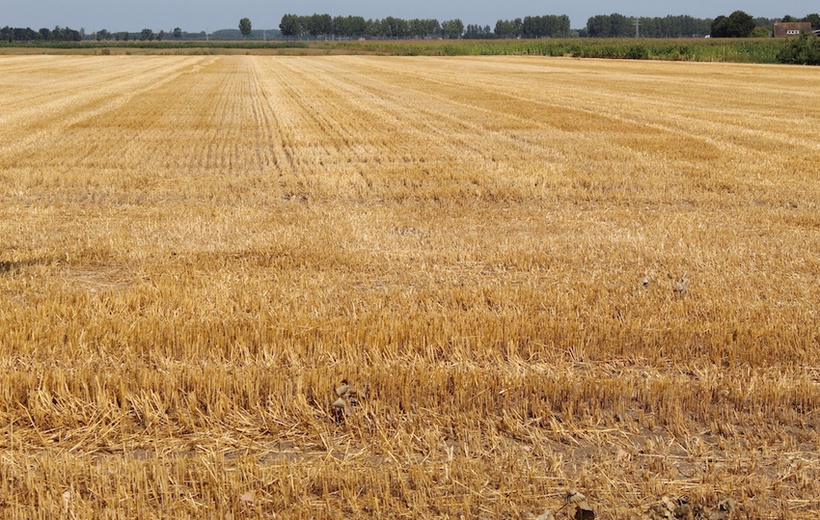 Insect pests damage crop yields directly from pest infestations and indirectly from pesticides applied to reduce pest damage. Global warming will change the impacts of pest species on crop yields. These impacts have been estimated for the major grain crops maize, rice, and wheat, which together account for 42% of direct calories consumed by humans worldwide.

There are two ways in which the impacts of insect pests will change in a warmer climate: (1) an individual insect’s metabolic rate accelerates with temperature, and an insect’s rate of food consumption must rise accordingly, and (2) the number of insects will change, because population growth rates of insects also vary with temperature. In the estimates, these two effects are combined.

The results show that crop production losses to pests increase globally with rising temperatures. When average global surface temperatures increase by 2°C, the median increase in yield losses owing to pest pressure is 46, 19, and 31% for wheat, rice, and maize, respectively. The impact for wheat is relatively high: wheat is typically grown in relatively cool climates where warming will increase pest population growth and overwinter survival rates, leading to large population increases in the growing season. The impact for rice is relatively low: rice is grown in relatively warm tropical environments where warming reduces insect population growth rates because current temperatures there are already near optimal. The impact for maize is in between wheat and rice: this crop is grown in some regions where insect population rates will increase and in other regions where population rates will decline, in nearly equal measure.

In temperate regions, warming increases both the size of insect populations and their per capita metabolic rate. As a result, the increase in pest-related crop loss is consistently larger than in tropical regions, where the increasing metabolic rate is offset by declining population growth rates, resulting in a smaller overall rise in crop damages. This broad geographic pattern holds across all three crops.

France, the United States, and China, countries that produce most of the world’s maize, are also among the countries projected to experience the largest increases in pest-related crop losses. In addition, France and China are responsible for a considerable fraction of global wheat and rice production, respectively, and are projected to suffer large increases in yield loss of these grains owing to climate impacts on pests.

Agricultural practices will shift as the climate warms. Changes in planting dates, cultivar use, and planting locations are already under way and will become more pronounced as the rate of climate warming increases. Farmers will need to make additional changes, such as introducing new crop rotations, to maintain yields in the face of rising insect pest pressure. Without wider attention to how climate warming will affect crop breeding and sustainable pest management strategies, insect-driven yield losses will result in reduced global grain supplies and higher staple food prices.