Drought risk increases substantially in large parts of the world, even if we do reach the goals of the Paris agreement 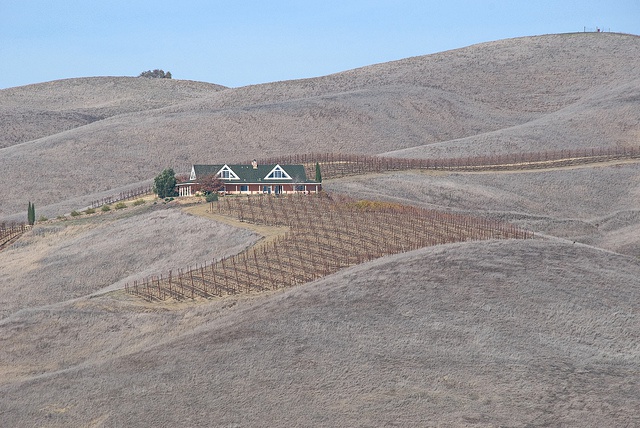 The risk of similar long-lasting droughts as the one in California in 2012-2015 seems to increase strongly in large parts of the world even if we do reach the goals of the Paris agreement, a recent study shows (photo: John Weiss, www.flickr.com).

The goal of the Paris agreement is to hold global warming well below 2°C and to pursue efforts to limit to 1.5°C above preindustrial temperature. Global changes in drought risk under the 1.5°C and 2°C warming targets have been assessed from simulations based on a model designed specifically to test the climate impacts associated with 1.5°C and 2°C warming scenarios. The study focused on key drought-prone regions in North and South America, Europe, Africa, Asia, and Australia. In this study, the future period of 1.5°C and 2°C warming refers to the second half of this century. Changes were compared with the present-day reference period 1967-2016.

According to the results of this study drought risk increases significantly for both warming targets in the Mediterranean, central Europe, the Amazon, and southern Africa. Moreover, for these four regions the additional 0.5°C of warming from 1.5°C to 2°C leads to significantly drier mean conditions and higher risk of consecutive drought years. Southern Australia has a comparable increase in drought risk between 1.5°C and 2°C, while Southeast Asia sees no significant change in drought risk under any future scenario. The results of this study indicate that when warming is limited to 1.5°C or 2°C, projected increases in precipitation and temperature/evaporative demand may balance each other over the U.S. Southwest and Central Plains, leading to little change in drought risk relative to present day.

The risk of a drought “event” that lasts for four consecutive years, roughly similar to the recent 2012-2015 drought in California, substantially increases for the Mediterranean under the 1.5°C and 2°C warming targets. For central Europe, this risk of consecutive years of drought is lower but also increases for a warming of 2°C relative to 1.5°C. The Amazon experiences the strongest increase of the risk of such a drought “event”, while the response for Southern Africa is similar to the Mediterranean. Southern Australia also experiences an increase in risk of consecutive drought years under both 1.5°C and 2°C scenarios relative to present day. No major changes are simulated for the U.S. Southwest and Central Plains, and Southeast Asia.

A high-end scenario of climate change